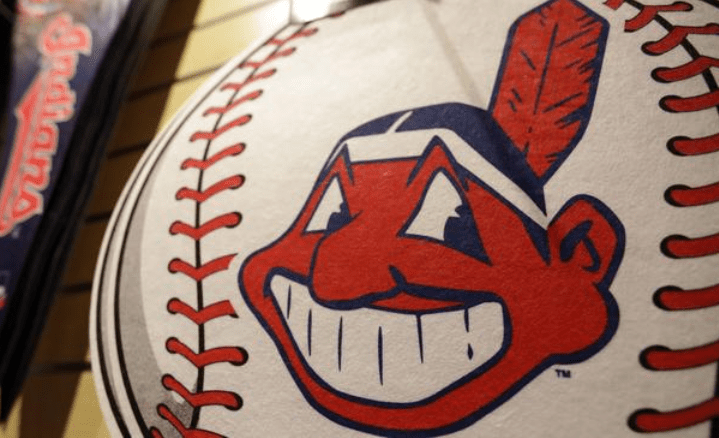 Chief Wahoo's offensive caricature has represented Cleveland since 1915, but not after this season. Photo: Cleveland Indians

Major League Baseball’s Cleveland Indians will drop the controversial nickname used for more than a century and will be known as the Cleveland Guardians at the end of the season.

Known as the Indians since 1915, the franchise announced the nickname – deemed offensive to Native Americans – would be used for one final season.

A search was launched for a new name, which was unveiled Friday in a video posted on the team’s Twitter account and narrated by Academy Award-winning actor Tom Hanks, a big fan of the franchise dating to his time as an intern at a Cleveland-based theatre company.

The announcement brings an end to months of internal debate triggered by activists’ calls for institutions and sports teams to permanently eliminate logos and nicknames considered racist or offensive.

Even so, the choice of the Guardians name will surely be criticised by many of the team’s fans.

The organisation spent much of the past year whittling down a long list of names that still numbered close to 1,200 just over a month ago.

That process accelerated recently, however, and the team decided on Guardians, a name that refers to the famed sandstone statues (known as the “Guardians of Traffic”) that flank both ends of the Hope Memorial Bridge, a roadway that spans the Cuyahoga River and links downtown Cleveland to the metropolis’ Ohio City neighbourhood.

The team’s principal owner, Paul Dolan, said the impetus for his decision to pursue a name change was the wave of civil unrest that followed last summer’s death in Minneapolis, Minnesota, of George Floyd, an African-American man who died after a white police officer knelt on his neck for more than nine minutes.

Even before deciding to drop the name Indians, the franchise removed the Chief Wahoo logo – a smiling, red-skinned cartoon figure deemed offensive to American Indians – from its uniforms and caps.

But it did not stop selling merchandise featuring that logo, which was used from 1951 to 2018 despite being the target of protests by Native Americans for decades.