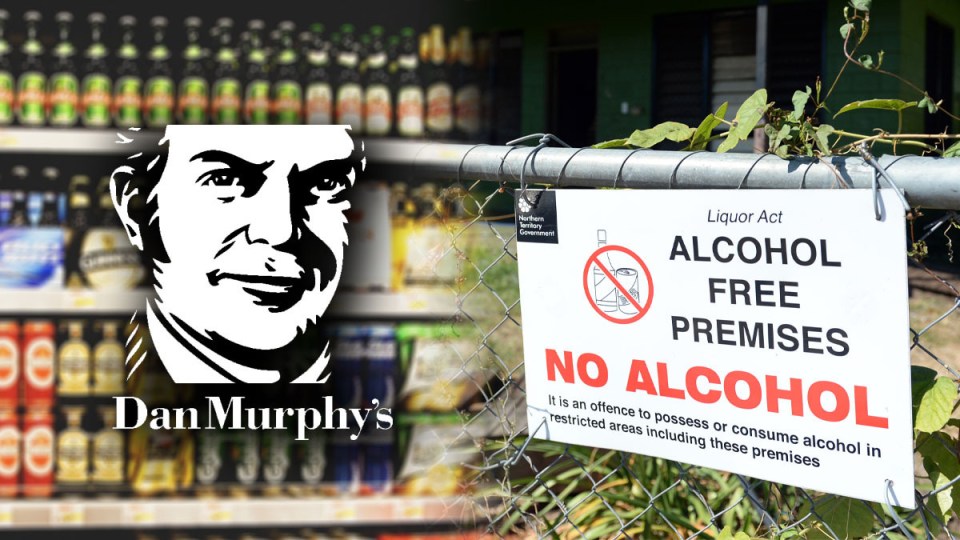 It's not too late for Woolworths to ditch its controversial NT Dan Murphy's push, writes John Paterson.
opinion

Woolworths’ refusal to listen left us with no choice but to call for action from Reconciliation Australia.

The decision by Woolworths to press ahead with the Dan Murphy’s megastore on the doorstep of three dry Aboriginal communities in Darwin exposes how large corporations present themselves as socially conscious while ruthlessly chasing profits no matter the human cost.

For five years Woolworths has been doing all they can to push through an application for one of the biggest bottle shops in Australia in my hometown of Darwin. Two years ago, the Independent Liquor Commission refused the store because of clear evidence of the harm it will cause, but Woolworths continued to push on.

That’s why this week community groups in the Northern Territory wrote to Reconciliation Australia calling for them to revoke their endorsement of Woolworths’ Reconciliation Action Plan (RAP).

Their RAP has the CEO Brad Banducci saying: “We have a deep respect for our Aboriginal and Torres Islander team members, customers and all of those in the community we serve. We firmly believe they should have a voice in the decisions that affect them.”

But Woolworths did not let us have a voice when they were planning to build their alcohol megastore.

They did not engage with Aboriginal, community and health organisations about their plans. And when we raised our concerns and called on them to abandon their plans to build the store because of the harm it will cause, they continued anyway. We objected to the plans in the Liquor Commission process and still Woolworths did not engage with us. They just had their lawyers try to discredit or exclude expert evidence about the increased volume of sales and harms that would flow from the store.

Woolworths pursuit of this store equates to the same wilful and deliberate destruction by Rio Tinto of Juukan Gorge. The destruction of lives this store will cause deserves the same level of public contempt. It is no surprise that almost 150,000 Australians have signed a petition standing with us in opposition to the alcohol mega store.

When Woolworths’ store was rejected by the NT Liquor Commission, they pushed on the NT Government to rush through a piece of legislation that took the decision out of the hands of the Commission and placed it in the hands of the Director of Liquor Licensing, who of course ruled in favour of the retail giant.

And the reasoning, such as it was, behind the Director’s ruling? A simplistic and flawed argument that favoured pure economic “benefits”. Nothing about health and other social consequences: just the tired old cliché of “build it and they’ll come”. Which, of course, is exactly what Woolworths wants.

At the recent election, the NT Government ran on a platform of transparency, accountability and giving a voice to all Territorians.

So blatant was the deceit, the Government’s own Minister for Alcohol Policy Natasha Fyles refused to introduce the Bill to parliament, leaving it to the Minister for Small Business Paul Kirby. It is hard to understand why a Bill that was introduced to further the agenda of one of Australia’s largest corporations, was introduced by the Minister responsible for small business. It is incomprehensible a Bill would be introduced to explicitly deny natural justice.

It is unconscionable that this decision to approve the alcohol megastore will undo a lot of this good work.

Two days before the decision by the Director of Liquor Licensing to approve the store, Woolworths announced an “independent panel review” to assess “the adequacy of stakeholder engagement”.

The panel will be headed by Danny Gilbert, a person who is a well-respected figure among many of Darwin’s Aboriginal leaders. Had this been put in place years ago, one might have lauded Woolworths for its good intentions, but the timing suggests it is little more than a PR stunt; a strategic move to take the pressure off while it waits for the wet season to end so it can begin construction on the store.

The only reasonable outcome of a review would be a finding that the store cannot go ahead in the NT. Opposition to this store is about the harm that alcohol causes to our communities – the Fetal Alcohol Spectrum Disorder, violence, hospitalisations, chronic disease and death. Our opposition is backed by our experience as people who live and work in Darwin and is based on solid evidence.

The review announced by the Woolworths Chair Gordon Cairns is an acknowledgment that the company has not meaningfully engaged with the community. If they had engaged in the first place, there wouldn’t be a need for them to review their own conduct. It is an acknowledgement of failure on their part.

It is not too late for Woolworths Chair Gordon Cairns and CEO Brad Banducci to make the right ethical decision and prevent an act of incremental genocide from going ahead.

It would show that Woolworths is doing what it outlined in its Reconciliation Action Plan, rather than hiding behind the vacuity of their token gestures.

One thing is certain – we will continue to fight.

We have been facing and overcoming obstacles like this for many generations. We have a lot of fight left in us because the health and lives of our people is too important to us.

We will continue until Woolworths listens to us and abandons its plans to build this harmful alcohol megastore. To proceed is to ignore the voice of our communities and to engage in wilful corporate blindness.