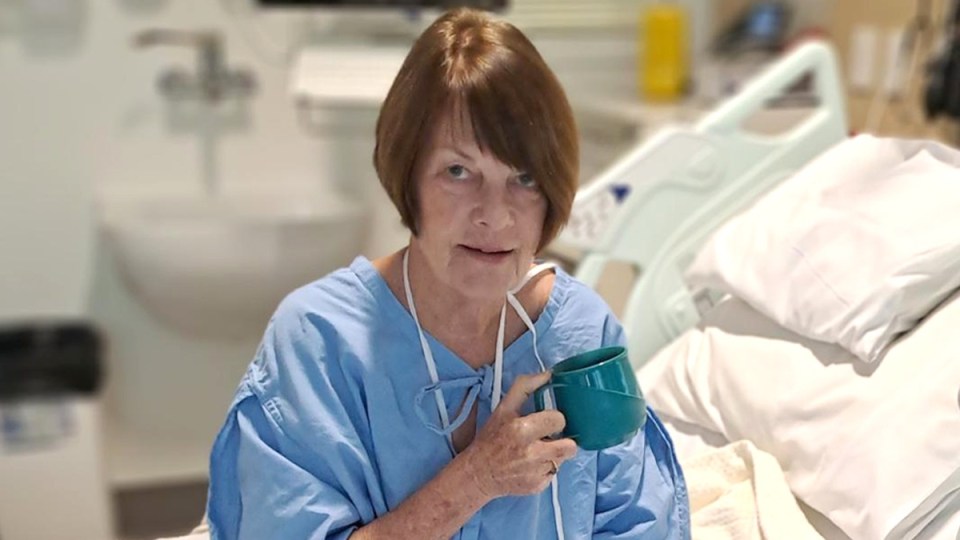 A traveller’s life has been saved by quick-thinking flight attendants and other passengers after a terrifying midair emergency.

Jennifer Holm was flying from Sydney home to Perth last Friday, after a holiday in Fiji with her partner John Muller, when she suddenly “felt funny”.

It happened just half an hour into their Virgin Australia flight, when Mr Muller noticed Ms Hulm was suddenly looking “totally grey”. As she began shaking, he called for help.

Even then, Mr Muller didn’t realise how life-threatening her situation was – although the flight attendant did. Ms Holm had suffered a heart attack.

“She (the flight attendant) was more on the ball than I was, and immediately, as calm as a cucumber, she just dealt with the situation,” Mr Muller told the Seven Network on Thursday.

Cabin crew manager Sarina Bedwell and her team took Ms Holm to the front of the plane, while also calling for help from any doctors on board. By good fortune, there were four on the flight, who immediately began to give Ms Holm basic emergency care.

“It was pretty obvious she was declining quite quickly, so old training just kicked straight in and we reacted accordingly, got her straight up to the front, called for a medically qualified volunteer, and we were incredibly blessed we had doctors and nurses on board,” Ms Bedwell said.

“They were the heroes of the flight because they ultimately saved her straight up.

“There was such a great sense of urgency and within minutes, our front galley had essentially turned into an ER ward.”

Meanwhile, pilot Craig Lehmann had diverted the plane to Adelaide. Once it landed, Ms Holm was rushed to Royal Adelaide Hospital.

She remained in intensive care until Tuesday, when she was discharged. But then, she was – thankfully – feeling much better.

“I would love to thank everybody,” she told Seven.

“I couldn’t at the time, and I’d love to know who they were, those doctors, because I would love to thank them in person. It would be amazing.

“They did save my life.”

Virgin said all of its cabin crew members must do an intensive six-week initial training course to prepare for medical and other emergencies that might occur mid-flight. They must also have senior first aid certificates and update their aviation medicine training every two years.

Passengers on Ms Holm’s original flight to Perth spent a night in Adelaide hotels before continuing their journeys the next day.

Ms Holm and Mr Muller will head home to Perth next week to be reunited with their family.