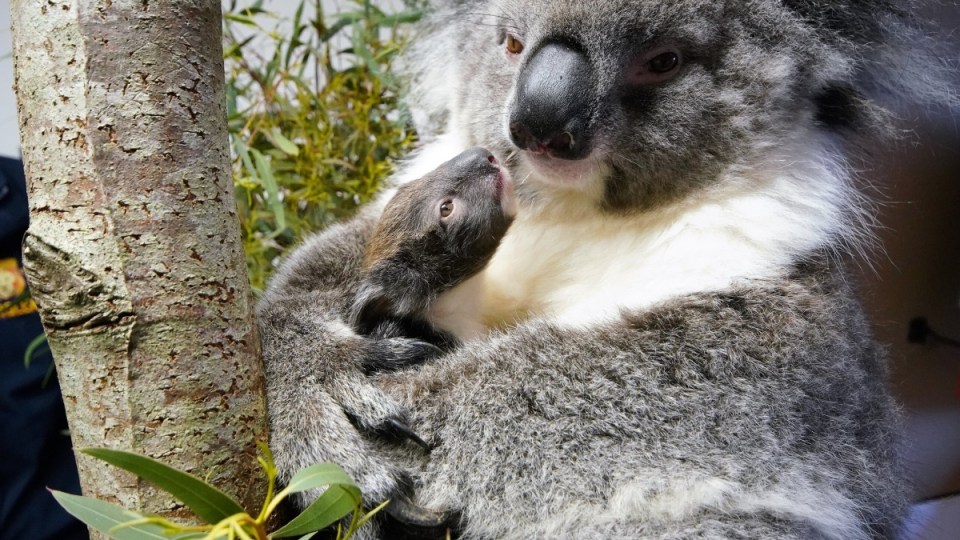 The first koala born in the United Kingdom has been named Hazel after a public vote. Photo: Supplied

The first southern koala born in Europe, in an ambitious conservation program between South Australia and a wildlife park in the United Kingdom, has been named Hazel after a public vote.

In 2018 Adelaide’s Cleland Wildlife Park sent koalas Dennis, Maizie, Coorong and Violet to Wiltshire’s Longleat Safari and Wildlife Park in a bid to raise the profile of the animals throughout Europe.

Longleat in February revealed Violet had given birth, with the joey’s name revealed on Thursday.

Her arrival was considered a major milestone for the conservation program co-ordinated by not-for-profit group Koala Life in partnership with Cleland and the South Australian National Parks and Wildlife Service.

“Hazel’s birth is a small, but vital step in the process to secure the long-term survival of the koala,” Koala Life Chair Chris Daniels said.

“This successful effort will help Longleat and Koala Life to better develop and understand captive breeding methodology and animal husbandry.

“Longleat now has a small but vital group of healthy animals free of debilitating diseases including chlamydia.”

Professor Daniels said the continued growth of the colony would help with the understanding of how to keep sanctuary populations healthy.

When a little older, Hazel will go on display at Longleat’s purpose-built Koala Creek enclosure.