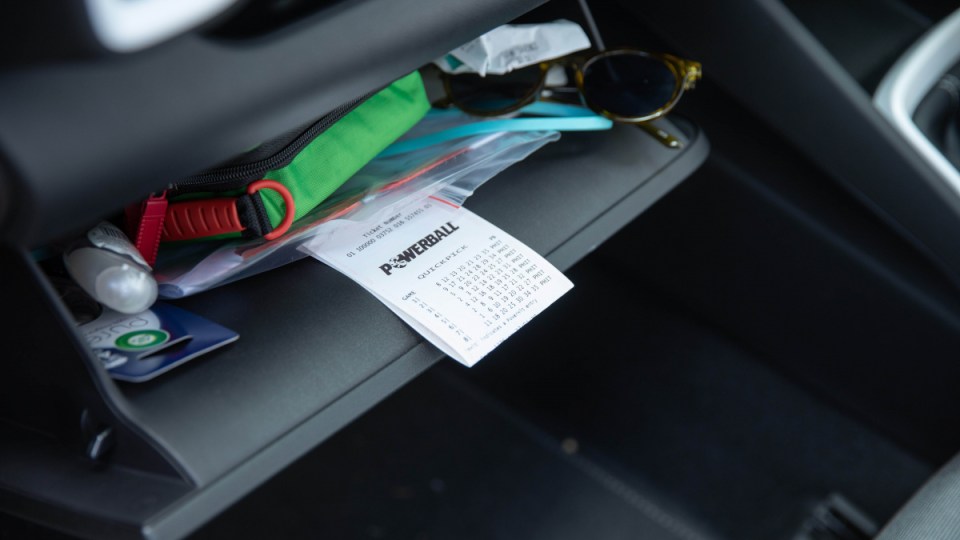 Ticket-holders are being urged to check gloveboxes and handbags for the winning $60 million ticket. Photo: The Lott

A Coffs Harbour man has revealed himself as the mystery winner of more than $60 million from Thursday’s jackpot Powerball draw.

The man’s ticket was one of just two first division winning entries nationally in the more than $120 million jackpot pool.

Thursdays other winner was a Kalgoorlie syndicate of 250 people, known as the “Goldfields, let’s pay our mortgages” group, WA Today reports. Each of the lucky WA winners collects about $260,000 each.

“It was very exciting … Kalgoorlie is a small place, everybody knows everybody. It was the realisation that we are sharing it with a lot of people in the community.”

Back in NSW, the lucky lone $63 million winner’s ticket wasn’t registered, which meant The Lott officials had no way of contacting the buyer. Instead, they had to wait for him to get in touch – but that didn’t take long.

The man, described only as “middle-aged” said he checked his ticket on Friday morning.

“I scanned it on the app. I just couldn’t believe it. It came up as division one. Oh mate, it’s huge,” he said.

“I’ve started a wish list already. Straight up – a red sports car, a new house, holidays, you name it. I also really want to look after my family.

“It’s funny as I’ve been watching the news all morning, and they were saying someone’s won Powerball in Coffs Harbour. I’m sitting here thinking, ‘I can’t believe that winner is me’.

“I’m going to have a weekend of celebrations with my family, but I still have to work today.”

There have now been three Powerball division one winning entries across Australia so far in 2022 that have scored more than $200 million.

In 2021, 14 Powerball division one winners across Australia pocketed more than $550.1 million in prize money.

During this time, Powerball offered an $80 million jackpot three times – the biggest prize offered by any Australian lottery game during the year.

Of the 14 Powerball division one winning entries in 2021, seven landed in NSW, four in Queensland, two in Victoria and one in WA.