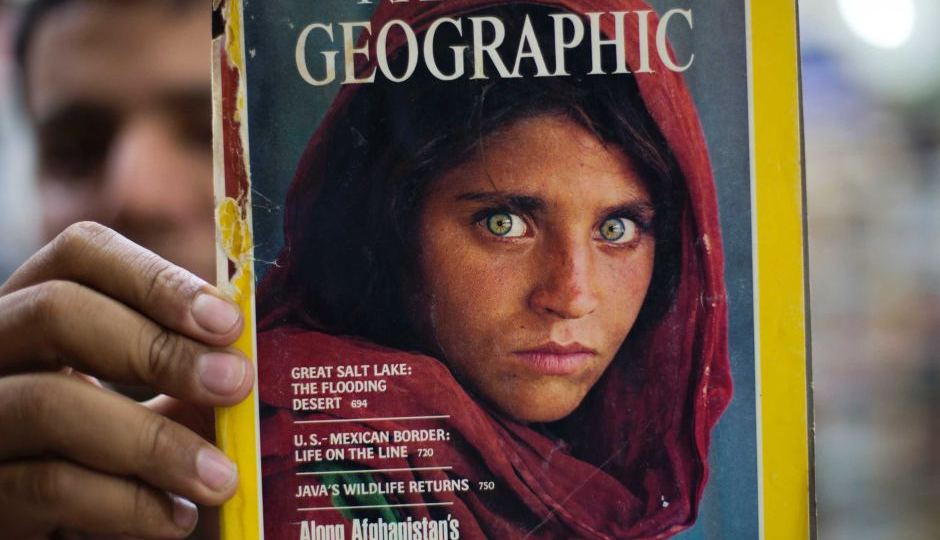 Sharbat Gula, whose piercing, green-eyed stare become a symbol of war-torn Afghanistan, has been granted refugee status in Italy.

Known only as ‘Afghan Girl’, her iconic image famously appeared on the cover of National Geographic in June 1985.

Ms Gula, now in her forties, was orphaned as a six-year-old during the Soviet invasion of Afghanistan. She fled to Pakistan on foot with her siblings and grandmother, according to National Geographic.

She was just 12 years old when she was snapped by photographer Steve McCurry in 1984, while living in a refugee camp on the Pakistan-Afghan border.

Published the following year, the ‘Afghan Girl’ photo hit a collective nerve and became a symbol of the conflict that tore through Afghanistan.

Her real name was not known until 2002, when McCurry and a team of experts found her and verified her identity.

National Geographic reported the story and took a second photograph, with Ms Gula one of the few people to have appeared on the magazine’s cover twice.

More than a decade later, Ms Gula has again become a refugee in the wake of the Taliban takeover of Afghanistan.

Her request for assistance to leave the country has been granted and Ms Gula will be able to make a home in Italy, according to Italian authorities.

She has arrived in Rome, CNN has reported, but it is not yet known if her family will join her.

Italian Prime Minister Mario Draghi granted her safe haven as part of a broader program to relocate and integrate Afghan citizens, his office said in a statement.

“In 1985, thanks to the photography of Steve McCurry, who the previous year had portrayed her very young in a refugee camp in Peshawar for the cover of National Geographic Magazine, Sharbat Gula acquired global notoriety, to the point of symbolising the vicissitudes and conflicts of the phase history that Afghanistan and its people were going through,” the statement said.

After leaving Afghanistan as a child, Ms Gula had only been back in the country of her birth for less than five years before seeking to leave again.

In 2016, Pakistan arrested Ms Gula for forging an identity card in an effort to live there – at which time she was forced to return to Afghanistan after 30 years away.

“Afghanistan is only my birthplace, but Pakistan was my homeland and I always considered it as my own country,” she told AFP at the time.

“I am dejected. I have no other option but to leave.”

In 2017, the Afghan government gifted her with a place to live and a monthly payment, according to Reuters.

Then-Afghan president Ashraf Ghani promised she could “live with dignity and security in her homeland”.

Since seizing power, Taliban leaders have said they would respect women’s rights in accordance with sharia.

But under Taliban rule from 1996 to 2001, women could not work and girls were banned from school. Women had to cover their faces and be accompanied by a male relative when they left home.