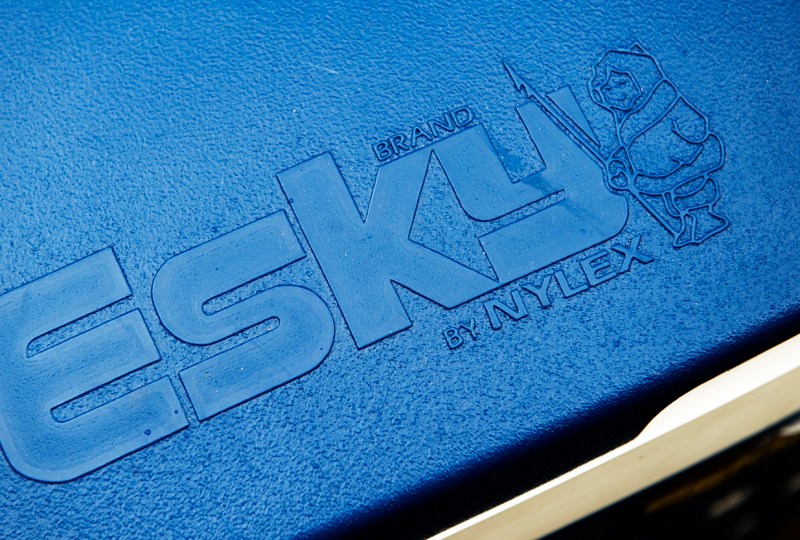 A passing boat spotted an esky lid HELP sign made by two men stranded in the Northern Territory.

Two men rescued from a remote island in a croc-infested Northern Territory river used an Esky lid to make a HELP sign after their boat sank.

A passing boat spotted the pair on Saturday after the men spent two nights on the Daly River, about 220 kilometres south of Darwin, NT police said Monday.

“The men are very lucky to have survived this ordeal,” Acting Sergeant Troy Harris said.

“Given the remoteness of the area, the presence of saltwater crocodiles and the extreme heat at this time of year.”

The men’s boat sank within seconds on Thursday after slamming into a submerged object near the river mouth.

They had to swim against the tide to a nearby island, where they made the HELP sign using a cooler lid.

“When they got into trouble, their safety equipment was not readily accessible in the short time they had before sinking” Sergeant Harris said.

“They swam directly for the nearest land and made efforts to attract attention.

The men spent two nights without food or water before a passing boat came across floating debris from the men’s sunken vessel.

The skipper searched for stranded men before rescuing them.

“We especially commend the skipper of the rescue vessel for saving these two men,” Sergeant Harris said.

Police say the men had an emergency beacon onboard and were expected to return from their trip on Sunday, so they were not considered overdue.

The men were taken to Royal Darwin Hospital for assessment and have now been discharged.

Fraud alert! AI identifies the four stages of a scam phone call
From waddle-a-thons to bedtime fails: Our picks for the week’s top videos
Today's Stories