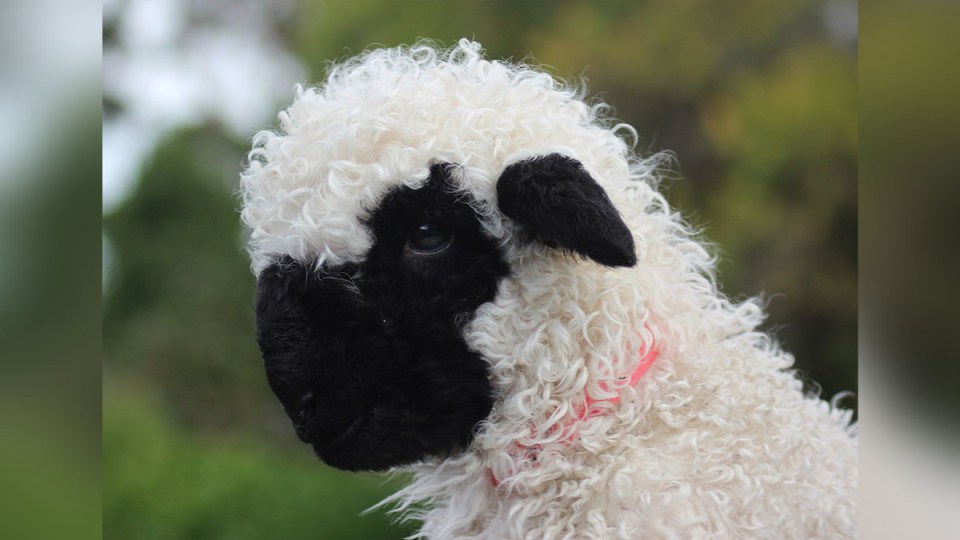 The Valais Blacknose is known as the cutest sheep in the world. Photo: AAP

A sheep Little Bo Peep would never have let out of her sight has arrived on our shores, with the birth of Australia’s first Valais Blacknose lambs.

Thanks to their good looks and gentle temperament, the breed has been dubbed the “cutest sheep in the world”.

With ancient heritage in the Swiss Alps, Valais were traditionally bred for meat and wool, but have since become popular pets.

Tony Urek and his partner Belinda Cardinal, sheep and goat producers from south-west Victoria, told the ABC it took four years to successfully import embryos and semen from Britain.

The process was complicated by Brexit and the coronavirus pandemic and they weren’t sure if it would work.

“It’s probably the pinnacle of the sheep breeds to bring into the country, and a lot of people have wished for it,” Mr Urek said.

“Everything just dragged out, and the expenses kept going up, and it seemed like a money pit.”

So when the first lambs were born, it was “amazing”, he said.

Head of Biosecurity, Andrew Tongue, from the federal agriculture department confirmed the birth was an Australian first.

“The breed has now spread to Europe, the UK, and the US, and this year the first Valais reached Australia,” Mr Tongue said.

“Farmers and pet lovers have been interested in getting the Valais Blacknose breed into Australia for many years.”

The embryos and semen were imported to Australia by specialist company Caprotek after it applied to the department.

Strict biosecurity arrangements had to be put in place because genetic material from sheep can pose disease risks, including scrapie – the ovine equivalent of Mad Cow disease.

“Following a long process over three years, complicated by Brexit and the COVID-19 pandemic, the frozen embryos and semen were approved by the department and were able to make their way to Australia,” Mr Tongue said.

“The importer was able to meet all biosecurity requirements to allow the import, and as you can see from the photos, the result was worth the effort.”

Boris Johnson snapped drinking at party during lockdown
Need a boost? Here’s what you need to know about COVID-19 booster shots
Today's Stories