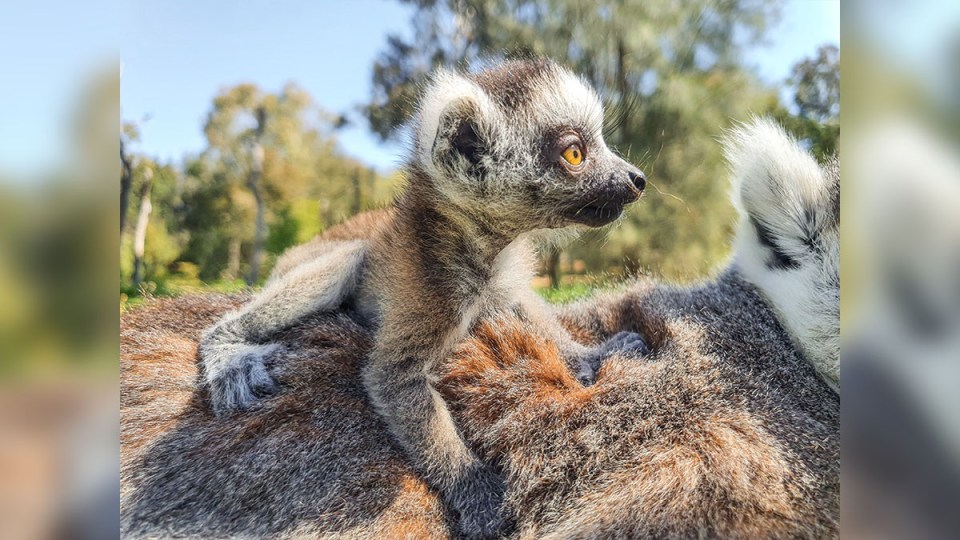 The keepers are thrilled to see five new males and three females join the troop.

It’s the most successful breeding season ever, no small feat, given lemurs generally have only a 24-48 hour window each year to breed.

“At the moment, all of the infants are spending most of their time hanging onto mum’s belly and spending a lot of time suckling milk,” zookeeper Sasha Brook said.

“The eldest couple have started to just wander onto their mums’ backs every now and then  and having a look around.

“But over the next month or two, they’ll spend lots of time wriggling and squirming, learning to climb, learning to bounce, and just generally getting up to mischief.”

The babies were born to eight different mothers – five of them first-time mothers who were themselves born at the zoo in recent years.

Among the infants are offspring from a new male Skynard, who arrived at Taronga Western Plains Zoo last year and brings a fresh genetic pool to the breeding program.

The primates – which can live to 18 – are native to the African island of Madagascar and some tiny neighbouring islands.

The species are endangered, with breeding programs around the world trying to combat declining populations, driven largely by habitat destruction.

People hoping to visit the new babies can go when Taronga Western Plains Zoo reopens its doors from October 18.