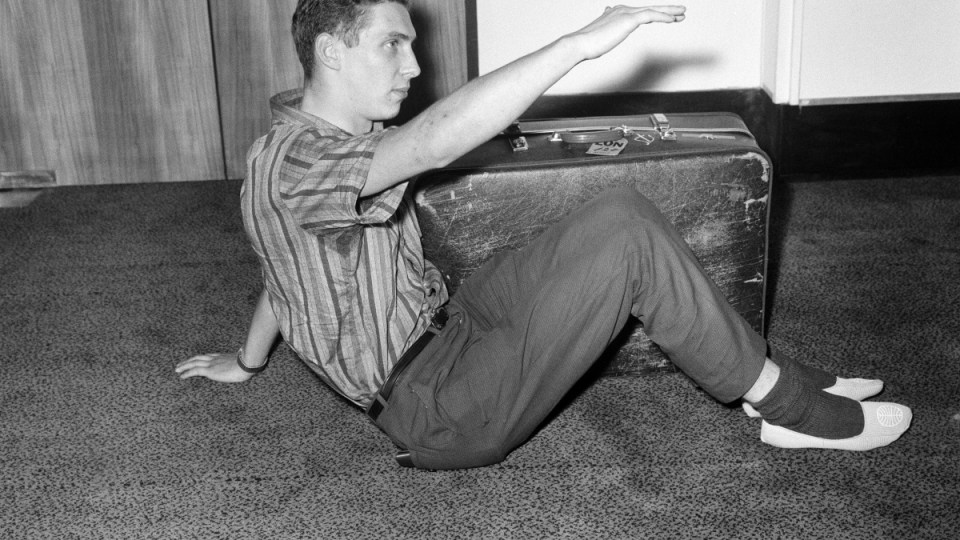 Brian Robson wanted to go home to London from Australia, but couldn't afford a flight. So he posted himself. Photo: Getty

It was 1965 and Welshman Brian Robson was 19, living and working in Australia, and desperately homesick.

More so, he was desperately broke.

Brian had come to Australia on a two-year immigration agreement, where the Australian government paid for his fare.

If he wanted to leave before that agreement was up, he had to pay back the fare – a sum of money he couldn’t even contemplate on his measly wage.

The only way he could think of getting home was to post himself via air freight.

It took him a week to convince his fellow workers to help him execute the masterplan.

“John was with me all the way, but Paul did not want to do it at all,” Brian said.

Eventually, with both helpers on board, Brian was nailed into a crate along with a pillow, a torch, his belongings, a water bottle (and an empty bottle) and a ‘this side up’ stamp on the top.

But he was off home.

First, he was flown to Sydney, where the stamp on his crate was ignored and he was left sitting upside down, on his head, for 22 hours.

His trip home was meant to go straight to London.

Instead he was diverted to Los Angeles, where he was left sitting in a freight shed for five days.

Fumbling with his torch, he caught the attention of nearby workers, who – after a good amount of shock – pried him open.

In a poorly state, he was taken to hospital.

Instead of being arrested, he was flown home, this time in the plane’s cabin.

Now aged 76, Brian has written a book about his adventure – The Crate Escape.

Above all, he’s hoping to find his Irish friends who helped him get home.

“If I met them again, I’d just like to say that I’m sorry I got them into this and that I missed them when I came back,” he said of John and Paul, whose surnames he can’t remember.

Crate Escape: Man tried to post himself from Melbourne to London