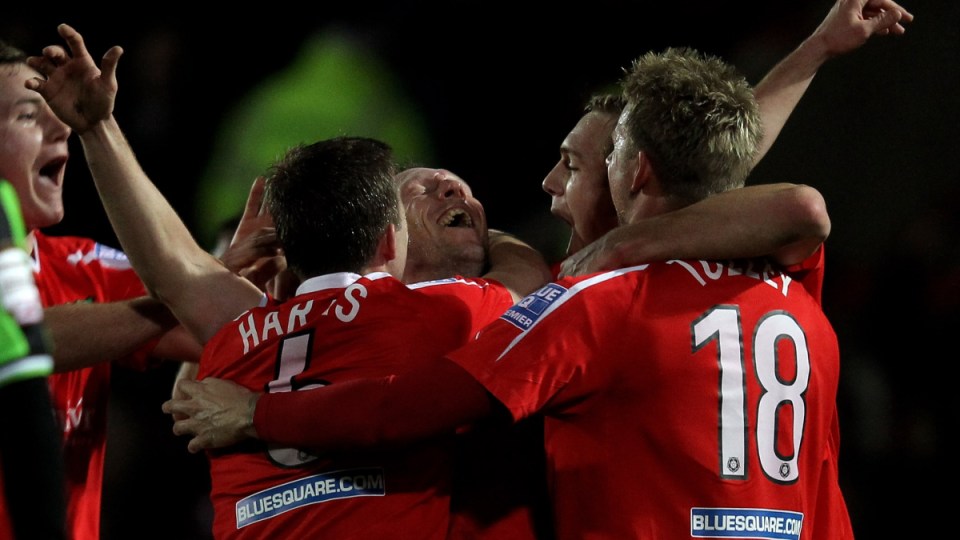 Hollywood stars Ryan Reynolds and Rob McElhenney have bought one of the world’s oldest football teams and plan to document their first foray into the sport in a fly-on-the-wall TV show.

In a pinch-yourself moment for success-starved fans of Welsh club Wrexham, Reynolds and McElhenney completed a $US2.5 million ($A3.4 million) takeover of a team that plays in the fifth tier of English football.

“This is really happening,” Reynolds, a Canadian-born actor best known for starring in the Deadpool movies, said at end of a short video announcing the purchase of the 156-year-old club.

In a recent call with members of the club’s supporters’ trust, Reynolds and McElhenney described Wrexham as a “sleeping giant” and outlined their vision to make the team a “global force”.

“You may have never heard of Wrexham, the Racecourse Ground or [sponsor] Ifor Williams,” Reynolds said then, putting on a Welsh accent, “but you will”.

To increase the exposure of a club, which languishes in 14th place in the National League and has been outside English football’s four main pro leagues since 2008, the owners-elect are ready to use Wrexham in a TV series.

“That’s happened. We’re documenting it,” McElhenney, a US actor and director who was the creator of TV show It’s Always Sunny in Philadelphia, told supporters on the call last week.

“We should be thinking about Wrexham the way Man U (Manchester United) thinks about Man U. Engage in club, communities. What a great way to do it,” McElhenney said.

Amazon Prime was among the first to reply to Wrexham’s takeover announcement on Twitter, sending its congratulations to the actors.

Wrexham, which has been a fan-owned club since 2011, said the “RR McReynolds Company” will take 100 per cent control – subject to confirmation by football authorities – following a vote among supporters in which more than 98 per cent were in favour of the purchase by Reynolds and McElhenney.

“The Gang Buys A North Walian Football Club,” read a tweet from Wrexham.

The club’s supporters’ trust said: “As Wrexham supporters, we would like to wish them the very best of luck in charge of our football club and look forward to what the future brings.”

Fans aren’t allowed to attend football matches in Britain amid the coronavirus pandemic but Reynolds has said he wanted to be at “as many games as I can make”.

“We want to have a pint with the fans,” he said, adding his intention for him and McElhenney to be “great ambassadors for the club” and to “introduce the club to the world”.

Wrexham, a town of about 65,000 near the north-west English border, has hosted international games for Wales.

In 1992, it claimed possibly its most famous victory in beating Arsenal – the then-defending English champion – 2-1 in the third round of the FA Cup.

Wrexham had finished in last place in the Football League the previous season.