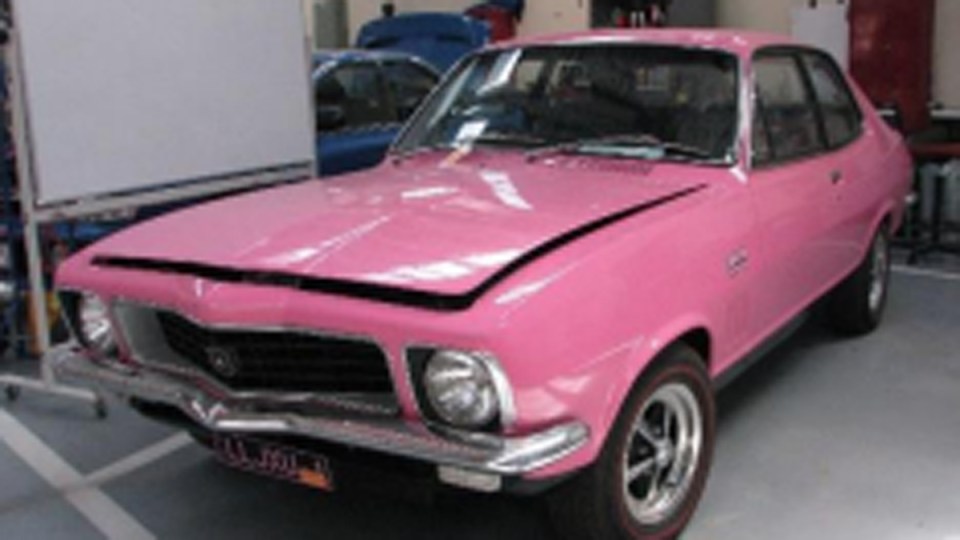 Back where she belongs – Sexy Lexy has been returned to her rightful owner after nearly 30 years. Photo: Victoria Police

A valuable vintage Torana dubbed “Sexy Lexy” has been reunited with its overjoyed owner nearly three decades after it was stolen.

The bright pink 1973 Torana GTR XU1, which was then uninsured, was stolen from its Victorian home in 1992 and disappeared without trace.

It finally turned up as part of a Victoria Police investigation into a rebirthing syndicate, having been sold to an unsuspecting buyer in the early 2000s.

Years later, he was able to reunite Sexy Lexy with her original owner, whose name has been given only as Carol.

Carol, who was 46 when her beloved car was stolen and is now 74, used to rally drive the Holden Torana. She never gave up hope that it might be found again – and was thrilled when Detective Senior Constable Florence called her and told her it was coming home.

“This car was stolen from Carol nearly three decades ago and I don’t think a day has gone by that she hasn’t wished for a miracle that it be found,” he said.

“Carol attended court every day dressed in pink to represent the love she has for her car.”

In September 2016, a Melbourne man aged in his 50s was charged with making false documents, including perjury and deception offences, in relation to the rebirthing syndicate.

In September 2020, he was sentenced to two years’ jail, suspended for two years. He was also ordered to pay $560,000 in restitution to the unwitting car fancier who bought Sexy Lexy, and several other vehicles between 2008-2011, from him.

“This was a complex investigation that saw a syndicate take advantage of a man who had a love for cars, so it’s also great to see him receive
compensation for his losses,” Detective Senior Constable Florence said.

“As a car enthusiast myself, I am very happy to see the smile on Carol’s face as we watch her drive off in her beloved Torana.”

‘Sexy Lexy’ the Torana reunited with owner after 30-year absence