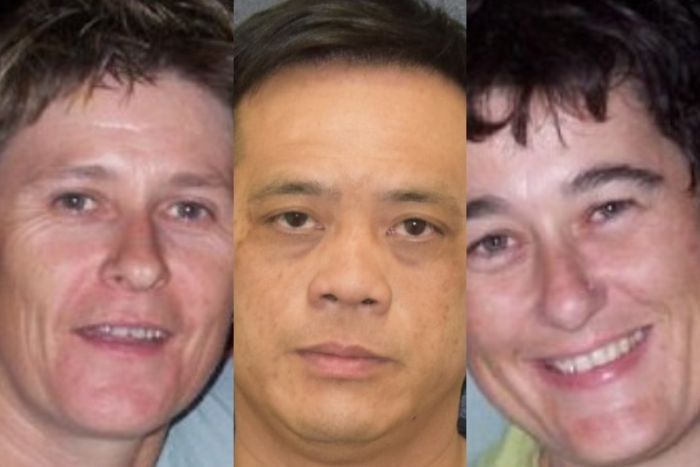 A second person has been found alive after being lost for two weeks in the Northern Territory outback, with police hopeful they will also find the third person who remains missing.

Claire Hockridge, 46, is the only person still missing after a pastoralist found Phu Tran, 40, in the Palmer Valley area south of Alice Springs on Tuesday morning.

Mr Tran managed to survive in searing temperatures after finding water. He was taken to hospital in Alice Springs to be treated for exposure.

“I don’t know if this is unprecedented but if you believe in miracles, I’m saying it’s a miracle,” she told News Corp.

Tamra McBeath-Riley, 52, was rescued on Sunday afternoon after drinking from a cattle watering hole.

“The helicopters are up again, we are honing on the area and will hopefully locate her today,” Superintendent Vicary said.

Mr Tran told the pastoralist he had left Ms Hockridge behind two days ago to look for help until he found the station property or water. He had walked along the fence line for that time, Superintendent Vicary said.

He was found about 12 kilometres from where the trio’s ute had become bogged.

“He is in a good condition, slightly disorientated, the pastoralist said,” Superintendent Vicary said.

“The pastoralist has taken him back to the homestead and given him a feed.

“She (Ms Hockridge) was still fine when he left, but we are obviously now focusing the search to identify her where she is, hopefully she’s still in that condition.

It is a fortnight since the group told family and friends they were going for a drive out of Alice Springs.

Their car ended up bogged in sand in the bed of the Finke River on November 19. The trio, who had travelled with Ms McBeath-Riley’s dog, Raya, stayed together for several days but finally decided to split up in to try to get help.

They left a note inside their car to indicate the direction they were heading.

Ms Hockridge and Mr Tran also had a GPS and compass with them.

Ms McBeath-Riley was released from hospital on Monday after being treated for dehydration, exposure to poor quality water and being exposed to temperatures that nudged 40 degrees in recent days.

“We tried many times to try and get out, but just couldn’t get out, so ventured forth to try and find some shelter and some water,” she said.

For one desperate week the trio stayed together, gathering dirty water, boiling it when they could and using a shirt to strain out the sediment.

After leaving their car where it became bogged, the three drank from a cattle watering hole and ate biscuits and beef noodles before splitting up.