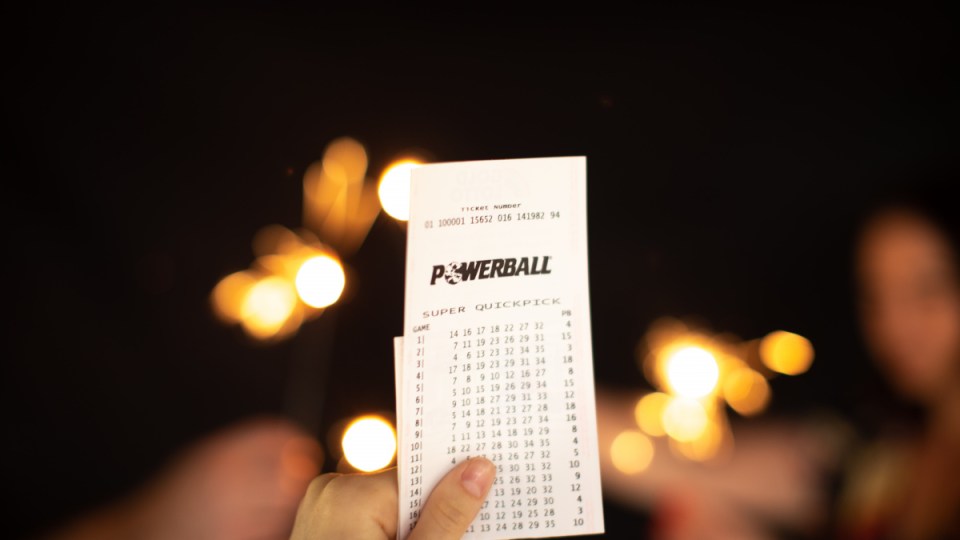 The lucky Cairns man held the only division one winning ticket. Photo: The Lott

A Cairns healthcare worker who scooped an enormous $40 million lottery pool has chosen a low-key way to celebrate his newfound wealth – a shower.

“I thought I would check my ticket before bed. I was quite calm. I knew I had some of the numbers and thought I might have won division six,” he said late onThursday.

The anonymous winner credited his beloved cat for alerting him to the confirmation call from lottery organisers Golden Casket.

“It feels fantastic. It’s still very hard to accept, but you’ve rung me now so it must be true,” he said.

“Actually, when the phone rang, my cat ran over to the phone. She never does that. I was really surprised. That’s why I answered the phone.

“It’s hard to believe only one person won it and that one person is me.

“It’s amazing. You dream about these things but when it happens you don’t believe it.”

The healthcare worker’s winning ticket was a QuickPick from his “favourite newsagent” in Edge Hill.

Newsagent Maxine Hare said she was pleased to have sold a top ticket to a regular.

“We’ve had the shop for about 16 years and this is the sixth division one we’ve sold,” she said.

“We’ve sold a division one winning entry in all the games now, except for Oz Lotto. So that’s what we’re aiming for next.”