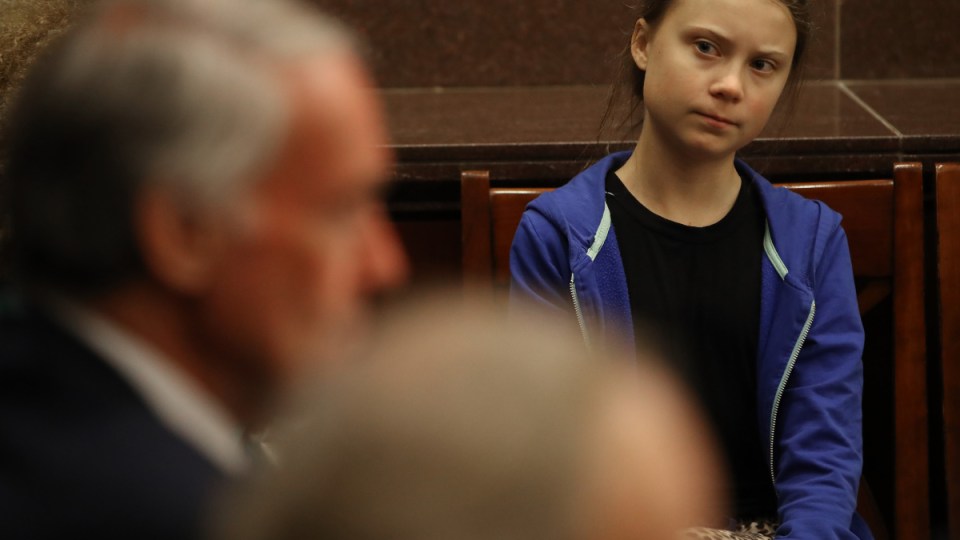 The internet is abuzz with a new conspiracy theory. Apparently teen climate activist Greta Thunberg is actually a time traveller sent from the past to save Earth.

The tongue-in-cheek claim was sparked by a 120-year-old photograph the appears to feature a young girl bearing an uncanny resemblance to the 16-year-old Swede.

Taken in the Canadian territory of the Yukon in 1898, the black-and-white image from archives at the University of Washington shows three children working at a gold mine, including a girl bearing Greta’s serious expression and signature braid.

It didn’t take long for online commentators to notice the resemblance and jump to the illogical conclusion.

So, ‘Greta Thunberg’ is in a photo from 120 years ago, and it’s my new favourite conspiracy. Greta’s a time traveller, from the future, and she’s here to save us. pic.twitter.com/5ObTjPFXvk

Maybe she is from the future who was sent back in time to key moments in history to stop climate change 🤯😂 https://t.co/FH0TFlCvKm

While she may not be a real time traveller, she did choose a 19th century mode of transport to travel from Sweden to the UN Climate Action Summit in the US earlier this year.

Greta, who refuses to travel by plane due to the high carbon emissions involved, arrived by sailing boat at the summit, where she berated politicians for not having stricter emissions standards.

“How dare you? You have stolen my dreams and my childhood with your empty words,” she said at the summit.

Greta is expected to re-cross the Atlantic with an Australian sailing couple for the COP25 UN climate summit in Madrid.

Greta Thunberg adds ‘time traveller’ to her list of achievements