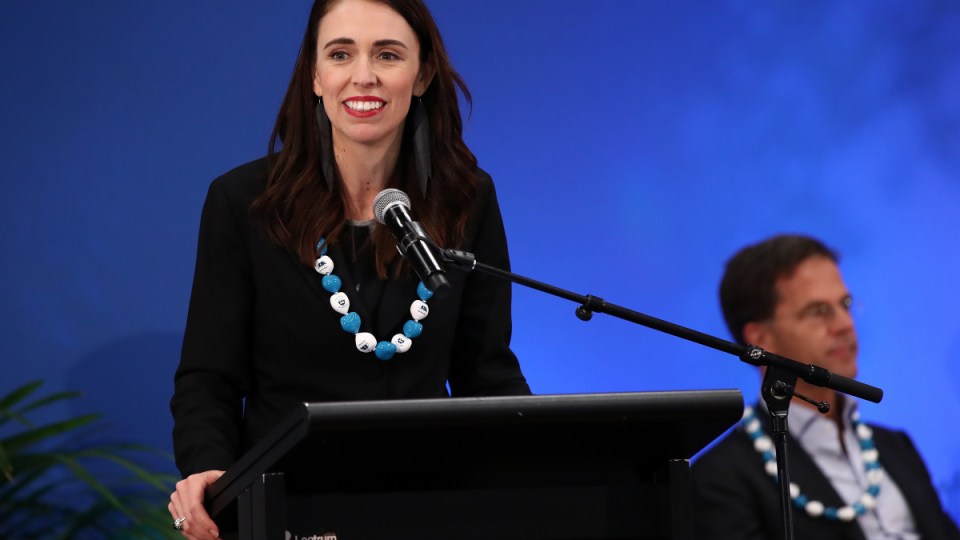 It was a huge victory, given she only took over the leadership of the Labour Party seven weeks out from the election, and it made her New Zealand’s youngest leader since the 1800s.

To mark the anniversary, Ms Ardern was challenged to cram what she said were some of her key achievements into what was meant to be a two-minute Facebook video … but which ended up going 56 seconds over.

Some of the items on the list had already received global attention — banning military-style semi-automatics and leading the call for the removal of terrorist material online, for instance.

Ms Ardern also spruiked her crackdown on foreign home buyers and ban on single-use plastic bags, as well as the planting of 140 million trees and the extension of paid parental leave.

All up, she sped through 50 items. But the fact it gets into the nitty gritty of New Zealand politics hasn’t stopped non-Kiwis from watching.

The rapid-fire list has been watched over 2 million times, with many pointing to it as an example of what leadership should look like.

Absolutely incredible to watch this @jacindaardern video be pinged around the world. In the last 48 hours, it's seemingly gone everywhere from the UK to Pakistan, and has even gone viral in Lebanon – becoming another tool for protestors to push for change pic.twitter.com/7RyJvywHjJ

However, while many of the comments on Ms Ardern’s own Facebook post were positive (with many suggesting she take her skills to Australia, the UK or Canada), some New Zealanders were more critical.

One pointed at Ms Ardern’s as-yet unfulfilled election promise on making medicinal cannabis available (which was one of her “100 days” policies), while another questioned the adequacy of her achievements on nursing staff levels and pay.

Earlier this year, Ms Ardern received global praise for her leadership in the aftermath of the Christchurch shooting.

“While the US President was busy backing a commentator who equates the hijab with treason, the New Zealand Prime Minister was quietly donning a headscarf to visit stricken Muslim communities,” wrote Annabel Crabb.

However, she has been criticised by some in New Zealand over the country’s slowing economy and falling business confidence, while her Government recently had to scrap its “overly ambitious” target of building 100,000 homes in 10 years.

Ms Ardern was also criticised over Labour’s mishandling of an internal investigation into the alleged sexual assault of a party volunteer.

With an election due in the next year, one recent poll had the opposition National Party with enough support to form a coalition government.

“The best guess is that the result could go either way,” political commentator Bryce Edwards of Victoria University told Reuters.