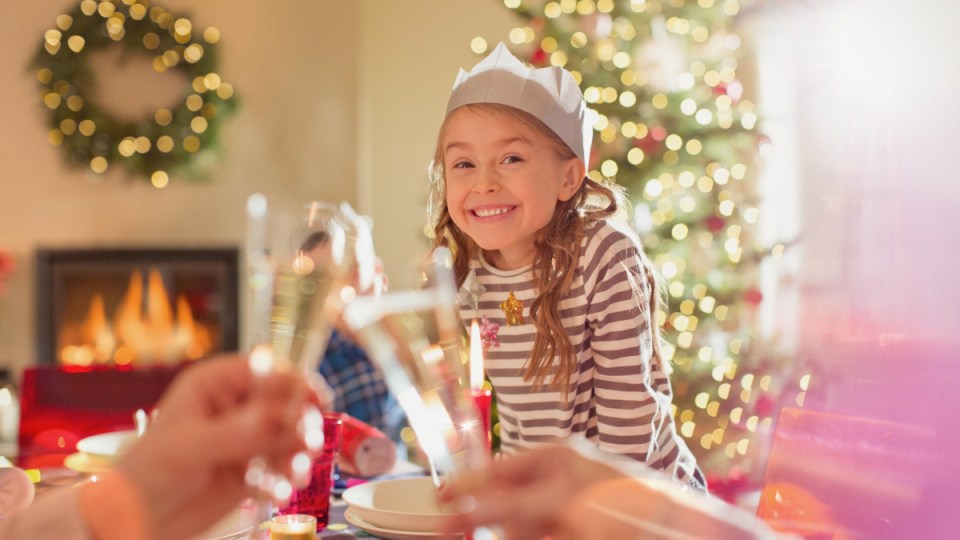 It's Christmas, time to indulge in plenty of "sobremesa". Photo: Getty

English is an undeniably rich language. But there are, on occasion, a few gaps that could possibly be filled by more nuanced words.

How useful would it be to have a single word to describe waking up in the morning still drunk from the night before, for example? In Denmark, (where the legal drinking age is just 16), they do have a word for the condition – “bagstiv”.

The hardcore Russians, meanwhile, have the very specific “zapoi” – two or more days of drunkenness usually involving a journey or waking up in an unexpected place.

With the festive season upon us, it might be handy to have a collection of succinct and descriptive foreign expressions in case you find a good reason to employ them.

Here’s our pick of some of the best:

Packesel: From the German for “burro”, the Packesel is the person who ends up carrying everyone else’s bags on a holiday.

Gjensynsglede: Norwegian for the joy of meeting someone you haven’t seen in a long time.

Iktsuarpok: An Inuit word meaning being so excited about seeing someone that you have to constantly go to the door or look out the window to see if they’re coming.

Gigil: Tagalog for a favourite move the elderly often pull on the young – the cheek pinch, arm or thigh squeeze, in reaction to adorable cuteness.

Tartle: A Scottish word for that panicky hesitation when you’re about to introduce someone whose name you suddenly can’t remember.

Gluggaveður: An Icelandic word meaning “window weather” – weather that is nice to see, but not to be in. It could apply just as equally to Australia’s sweaty Christmas as Iceland’s frigid, white one.

Struisvogelpolitiek: Translates from the Dutch as “ostrich politics”. The ever-so-polite Dutch employ this to pretend they didn’t notice something (like a fart at the dinner table).

The Germans and the Finns, on the other hand, suffer Fremdschämen (German)or myötähäpeä (Finnish) – “vicarious embarrassment”.

Drachenfutter: Translates from German as “dragon fodder”. It refers to the food a man uses to mollify his wife or girlfriend after he has annoyed her (“Here, my love, have another cherry liqueur chocolate”).

Sitzfleisch: German for the ability to persevere through hard or boring tasks (literally “sit meat”). Such as a long Christmas lunch.

Desenrascanço: A Portuguese word meaning to disentangle oneself from a troublesome situation.

Backpfeifengesicht: German for a face ripe for a slap.

Kummerspeck: Another German gem, it translates literally as “grief bacon” – the extra weight put on from emotional overeating.

Tyvsmake: A Norwegian verb meaning to taste small pieces of the food when you think nobody is watching, usually while cooking.

Shemomedjamo: A Georgian word for the act of continuing to eat when you’re full just because it just tastes so good. (See also “gula”, the Spanish version.)

Lagom: From the ever-moderate Swedes, this translates roughly as “just enough”, “a fair share”, or “a sufficient amount”.

Sobremesa: Spanish for that delightful period when the food has finished and bellies are full but the conversation is still flowing.

Borrell: Dutch for an informal party or casual drinks.

Schnapsidee: The word for an ingenious plan hatched by drunk Germans.

Erklärungsnot: German for the state of having to explain yourself quickly.

Jayus: Indonesian for a story or joke so badly told you can’t help but laugh. Like those found in a Christmas cracker.

Pihentagyú: Hungarian for quick-witted people who can come up with sophisticated jokes or bon mots.

L’esprit de l’escalier: This is French for “stairwell wit” – that pithy retort we think of when the person has just left. It is also known in German as Treppenwitz (stair wit).

Desbundar: Portuguese for shedding one’s inhibitions and getting down to having fun.

Mbuki mvuki: The Bantu word for “shaking off your clothes to dance more freely”.

Finally, when the drinks are gone, the dishes are washed, and the rellies have departed, there’s “fjaka” to be enjoyed – that’s the Croatian word for the sweetness of doing nothing.

Word up: Foreign expressions we desperately need in English