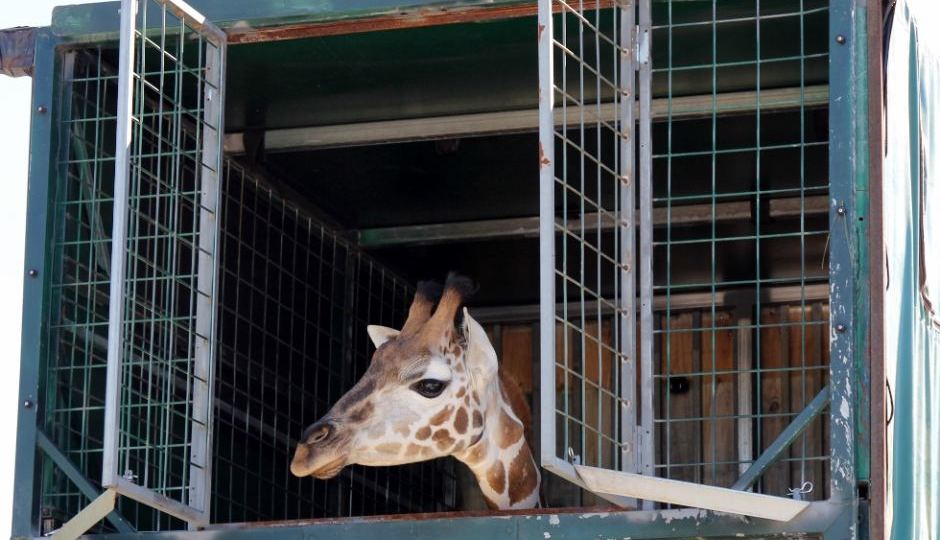 Kebibi has undergone six weeks of training ahead of the move to build her confidence in the crate. Photo: ABC

Young giraffe Kebibi has farewelled her family at Canberra’s National Zoo and embarked on a 20-hour journey to the Sunshine Coast.

The 20-month-old is bound for Australia Zoo where she will join its breeding program, with the journey taking months to prepare.

“Making sure we had the trailer here with enough time for Kebibi to familiarise herself with it was the biggest priority,” keeper Sophie Dentrinos said.

“We want her to feel as comfortable as possible.”

Preparations for the 1200-kilometre move involved daily sessions in the trailer.

“She’s spent time each morning in there with her favourite foods and just building her confidence,” Ms Dentrinos said.

“Because of her size, Kebibi can just walk onto the trailer before we hook it up to the ute.

“When working with bigger giraffes, there’s usually a crane involved to get the crate onto a low truck.”

Kebibi was the first calf born at Canberra’s zoo to parents Mzungu and Shaba.

“They were youngsters themselves when they came – they were only about three years old,” Ms Dentrinos said.

“They conceived Kebibi very quickly after a brief stint getting to know each other.

“It helps when you’re the same age because then you’re roughly the same height which makes positioning a bit easier.

“That needs to be catered for when you’re a giraffe.”

The team transporting Kebibi has plenty of stops planned.

“We allow about 20 hours for the journey,” Ms Dentrinos said.

“Obviously they have to travel pretty slowly … and they’ll be making regular stops to check on her and allow her to have some more food.”

“She’ll see the new herd up there and that’ll be pretty exciting for her.”

And while she’s still a couple of years away from reproducing age, zookeepers expect Kebibi will be welcomed into her new herd.

“It’d be exciting to hear some news of offspring a couple of years from now,” Ms Dentrinos said.