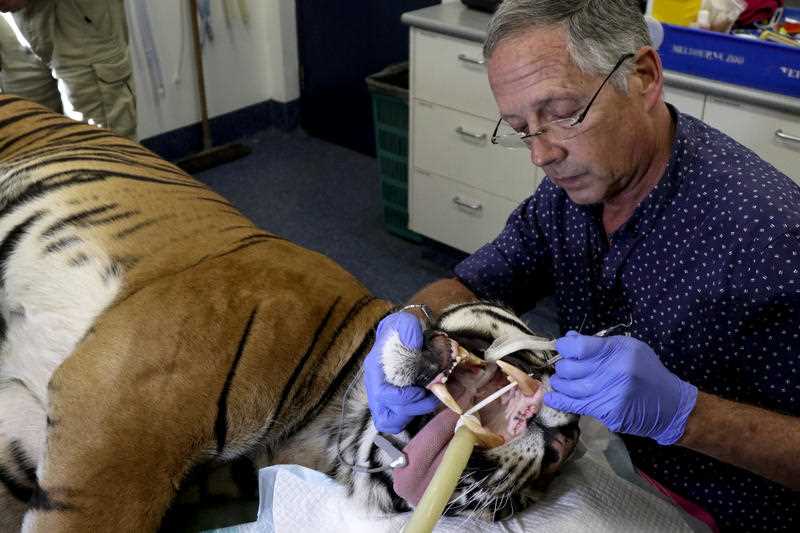 No one enjoys trips to the dentist – so spare a thought for Melbourne Zoo’s Sumatran tiger, Hutan.

Vets removed one of the eight-year-old’s incisor teeth and filled in another three during a dental check-up on Thursday.

“We think he’s got a particular way of eating a particular bone and we think we’ll adjust that a bit to avoid him wearing (out) his other teeth,” the zoo’s head vet Michael Lynch told AAP.

Hutan was anaesthetised during the procedure before being sent to recover with a “blood-sicle”, a large frozen iceblock with traces of blood in it.

“When you’re dealing with these dangerous animals it’s a case of immobilising them to make it safe for us,” Dr Lynch said.

“He’ll be back to normal probably within the next hour or two.”

Hutan was one of four cubs born at Melbourne Zoo in 2010.

Sumatran tigers are at an increasing risk of extinction because palm oil plantations threaten their habitat, the zoo says.