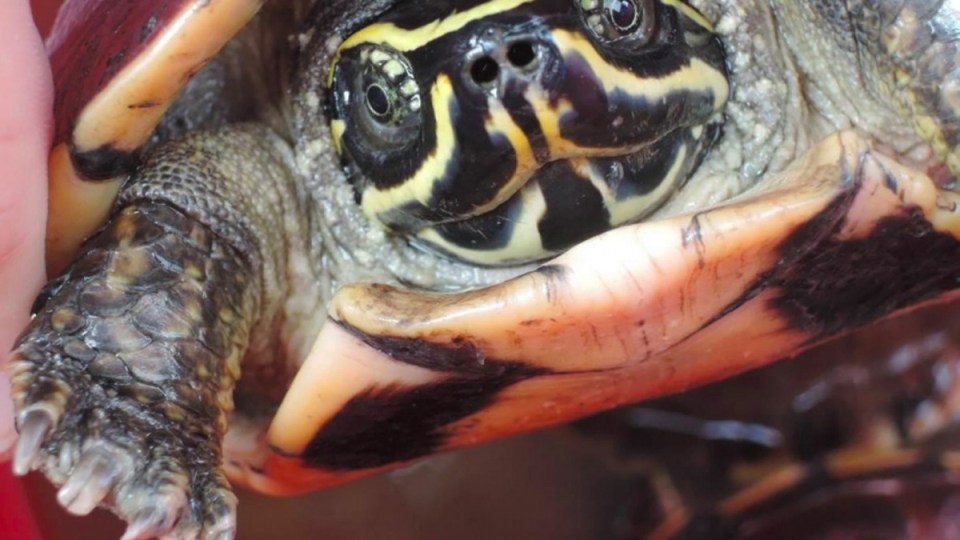 Pictured is a Malayemys isan, a snail eating turtle – one of the 115 new species discovered. Photo: WWF/ Getty

A nest of the endangered Asian giant softshell turtle has been found along the banks of the Mekong River in north-eastern Cambodia, conservationists say.

The discovery comes as 115 new species of various other animal and plant life were discovered in the greater Mekong region.

The New York-based Wildlife Conservation Society said on Tuesday that a nest of Asian giant softshell turtles was found on the Mekong between Kratie and Stung Treng provinces by conservationists from Cambodia’s fisheries administration, the WCS and local communities.

It was the first spotting of such a nest so far this season.

The WCS said the area is the only remaining location in Cambodia where the huge turtles still breed.

Meanwhile, the WWF said some 115 new species in the Greater Mekong region had been discovered by scientists.