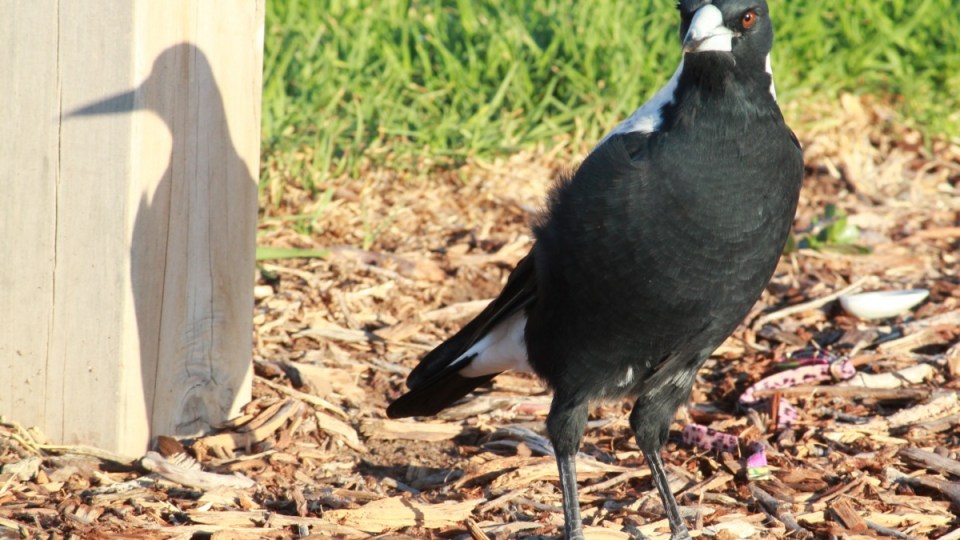 Magpies. They’re a gardener’s dream, a cyclist’s nightmare, and according to the Guardian‘s poll, Australia’s bird of the year.

But while we all know them for their sweet song and terrifying aerial assaults, there’s a lot more to magpies than meets the eye.

So to help us all get to know these singing assassins a little better, here’s a few things that may (or may not) surprise you about our favourite feathered friends.

Ever get magpie deja-vu?

If you’ve ever thought magpies all look the same, in a way you’re probably right.

Magpies occupy the same territory for their entire life. Once they find a suitable patch, they will stay there forever – up to 20 years, Darryl Jones from Griffith University told ABC’s Off Track program.

“That area doesn’t have to be very big, it might be just a couple of hectares or even less in the city,” Professor Jones said.

“If that tiny patch includes people … this is no exaggeration, they know all the people that live there.”

You should probably take it personally…

Scientists have done experiments using face masks and figured out magpies recognise other magpies, and people by their faces.

Although that’s bad news if a magpie takes a dislike to you, they’re actually pretty easy to make friends with, bird expert and author Gisela Kaplan told ABC Radio.

Dr Kaplan said once a magpie knew you and judged you to be a nice person, you would have earned a friend for life.

“They will form very long friendships, like dogs,” she said.

“They will introduce their young [to you] and they will be the most charming birds.

“Even during the breeding season you can come close to them because they know you’ll do no harm.”

But not too personally

Believe it or not, only between eight and 10 per cent of magpies ever swoop people.

The vast majority will never look at you sideways, even during mating season.

Mating for life or death

Magpies will often mate for life. However, if a male is killed while the young are in the nest, the female will take a new partner.

He’ll help protect the young even though he’s not genetically related to them.

Life’s tough at the bottom

When young magpies are kicked out of the nest, they are often pushed to poor territories where they get around in gangs of young singles waiting for habitat and partners to become available.

“Real estate in the city is hard to find,” Professor Jones said.

“To find a partner and to find a territory is a risky business and certainly not all of them make it.”

Young magpies will often move in groups of up to 50 birds called ‘tribes’, but the Macquarie Dictionary also lists the collective noun for magpies as “tidings”.

Magpies can hear the sound of grubs and worms under the ground.

If you’ve ever seen a magpie turn its head to the side while walking across grass, it’s probably honing in on the location of its lunch.

Speaking of lunch, our suburban backyards are a foraging heaven for magpies.

Their ideal habitat is grub-rich grass and sparse bushland where they can see across their territory.

“There is no question at all that there are many more magpies in Australia now as a result of all the changes that [Europeans] have brought to the environment here,” Professor Jones said.

“We’ve cleared the forests and we’ve replaced the sparse grass with rich lawns.”

That’s not a dog on the roof

Although they’re not quite on par with the lyrebird, magpies are excellent mimics.

They’ll impersonate a range of other birds and even car alarms, dogs and cameras.

The morning call of the magpie is known as ‘caroling’ – marking out territory – but they have numerous calls that are still a mystery to scientists.

“Some people claim that it’s actually got the most complex call of any bird,” Dr Jones said.

“It’s conveying a huge amount of information there.”

Although they usually wake us with their morning call, on a full moon or under a big street light they’ll sometimes sing right through the night.

It’s not all black and white

Even though you may be seeing the same magpie over and over, they don’t all look the same.

There are nine subspecies of magpies in Australia, with very different feather patterns.

In southern Victoria, adults have almost uniformly white backs, whereas in the north they may be a hybrid or almost completely black.

Ten things you may not know about Australia’s ‘favourite bird’