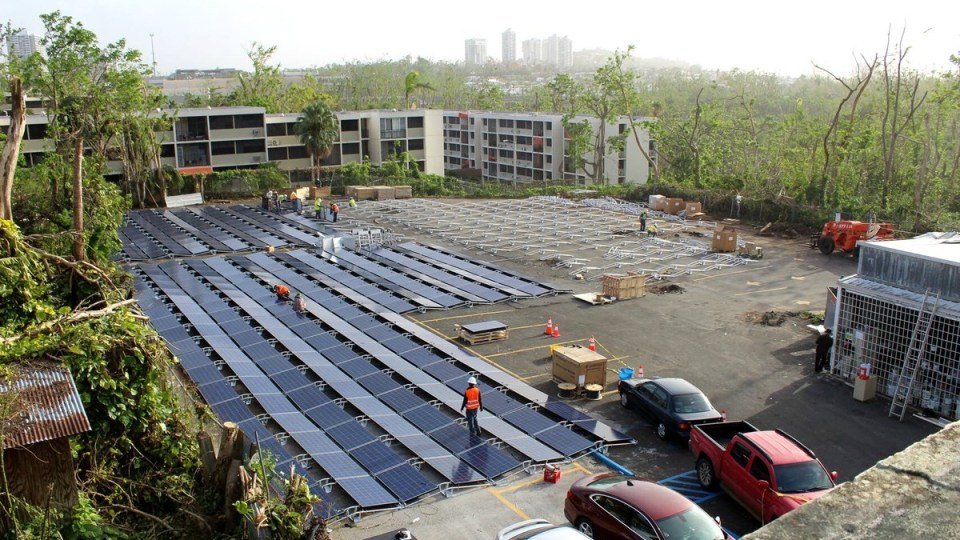 Tesla were able to return sustainable power to an entire hospital in under three weeks. Photo: Tesla

According to Mr Musk, the restoration of power at San Juan’s Hospital del Niño “is the first of many solar+battery Tesla projects going live in Puerto Rico,” as the Caribbean island continues to suffer from widespread power loss.

The project utilises Tesla’s own solar panels and batteries which have been laid out in a car park adjacent to the hospital.

The solar-powered system allows the hospital to generate all the power it needs to function as they offer treatment for more than 3000 young patients.

Hospital del Niño is the first of many solar + storage projects going live at critical facilities across Puerto Rico. We’re grateful to be supporting the recovery of the island.

A wide range of infrastructure failures have plagued Puerto Rico since two powerful hurricanes struck the US territory in September.

It is estimated that Puerto Rico’s power capacity is only at 25 per cent, with many residents forced to rely on generator power to survive.

Officials say restoring the island’s power grid, which was already in poor condition prior to the hurricanes, could cost up to $5 billion.

US President Donald Trump has been widely criticised for his handling of the situation, which has been considerably slower than efforts in Texas and Florida.

Yesterday, a Trump-linked firm working on restoring power on the island threatened to pull out of their contract after San Juan mayor Carmen Yulín Cruz requested greater ‘transparency’ in the $US300 million ($A389 million) repair project.

We’ve got 44 linemen rebuilding power lines in your city & 40 more men just arrived. Do you want us to send them back or keep working?

While US government relief remains sluggish, Tesla isn’t the only tech company to step in and help with the disaster recovery.

The ‘LTE balloons’ have allowed many of the island’s inhabitants to access text messaging and basic web browsing at a time when approximately 80 per cent of the phone towers are still down in the region.