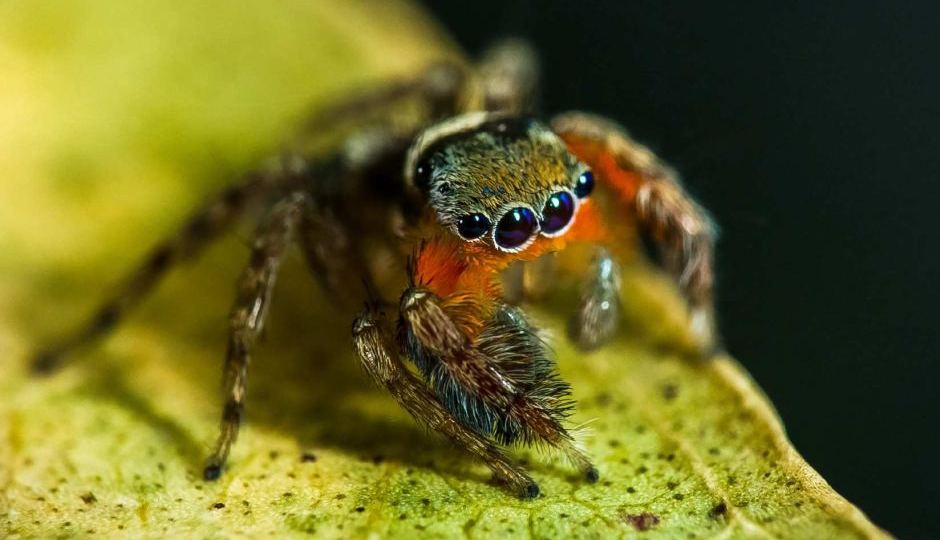 A new species of jumping spider was discovered during the recent Bush Blitz. Photo: Robert Whyte

A simple snap of an unusual spider was all it took for Robert Whyte to get hooked on arachnids.

Since then, his interest has only grown and recently catapulted him into his “dream job”, photographing spiders for Bush Blitz, a national program aimed at documenting Australia’s biodiversity and identifying new species.

He said the journey to Quinkan Country on the Cape York Peninsula was the trip of a lifetime.

It saw him getting up close and personal with hundreds of spiders, including a huntsman the size of a small dinner plate and a scuba-diving tarantula.

“I got interested in spiders and then I got this dream job,” he said. 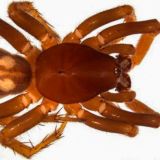 This year’s venture was one of the most successful in the program’s five years.

More than 56 new species of spiders were found by the 23-strong team of scientists, indigenous rangers and traditional owners, along with dozens of new species of bugs and insects too.

And there could be many more – the researchers will now contact other experts to help identify the species they were not familiar with.

Mr Whyte said he tried to keep his photography gear as “simple and as inexpensive as possible”.

“Because I think that by encouraging other people to get into it, we’ll really start to understand what’s going on if we get more photos and we get more people involved,” he said.

“What I did initially was just take an ordinary camera and I got a Japanese magnifying lens and stuck it on the front and that was it. It’s amazing what you can do now and most cameras have a macro-setting.

“They dissect the genitalia, they dip them either in silver or gold and look at them under an electron-microscope,” Ms Harding said.

One of the most intriguing discoveries on the trip to far north Queensland was that the trapdoor spider was able to climb glass.

“They’ve got these powerful kind of adhesive pads that can hold onto what they catch and want to eat,” Mr Whyte said

Trapdoor spiders dig burrows and then build “doors” that they can open and close while the lay in wait for prey to walk past.

They will often set thin “trip lines” of spider silk to alert them of prey wandering past.

Another discovery was the “scuba-diving tarantula”, found by Dr Robert Raven.

He was standing chest deep in a creek when a spider jumped towards him from the bank.

“That gave me a few minutes to think about how my fear was going and then they just dived and didn’t come up again,” Dr Raven said.

He caught one before it also jumped in the water and took it back to the lab and put it in an aquarium where it immediately went under a log and stayed there for four hours.