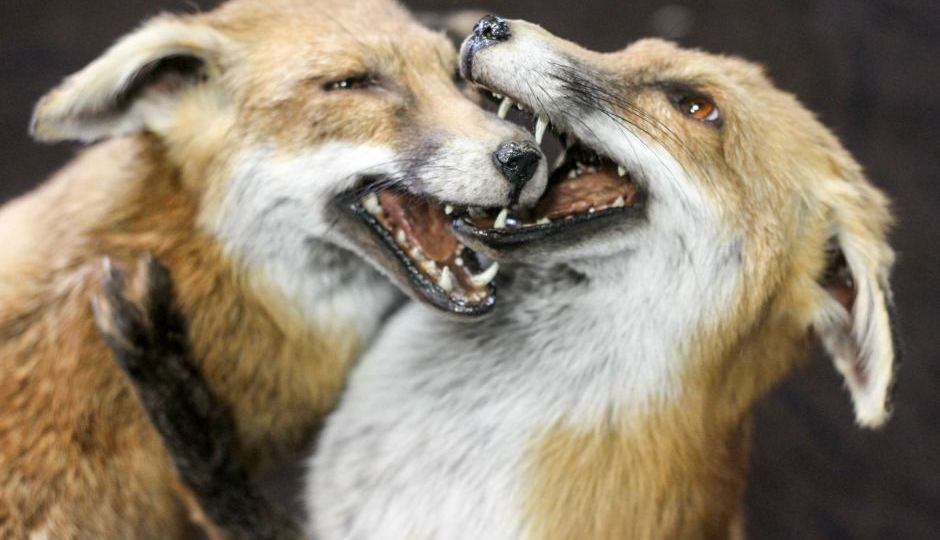 There was an impressive level of skill on display at the national championships. Photo: ABC

Breathing new life into an animal and turning them back into what they used to be are just some of the reasons taxidermists do what they do.

The third annual Australian Taxidermy Championships were held in Mount Evelyn, 45 kilometres east of Melbourne, at the weekend.

Wandering through the exhibition, the animals on display were far from stuffed – the level of skill and expertise in bringing these animals back to life was impressive.

For each exhibit, the skin from the animal had been gently removed then cleaned of flesh and preserved.

The body was then rebuilt from a range of materials including foam, cotton wool or wire before the preserved skin was reapplied.

Limbs had been reconstructed with wires, real eyes replaced with glass eyes and then it was sewn up and made to look like a live animal again.

Tasmanian-based taxidermist Tom Sloane explained he had an interest in taxidermy since he was a child growing up on a farm.

“I used to collect skulls and things when I was about 10 and decided I might as well do the whole animal,” he said.

“So I got a book from the library when I was about 13; I did a rat and a crow which was pretty bad.” 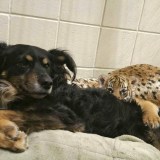 Australian dog caring for tiger cubs at US zoo 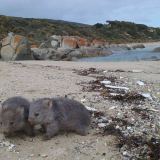 Mr Sloane’s skills grew over the years; he said his obsessive-compulsive nature and attention to detail turned out to be the most useful trait when it came to taxidermy.

With a monkey, pheasant, bearded dragon and a pair of archangel pigeons on display, Mr Sloane works today across a diverse range of animals but insisted the raven was his all-time favourite animal to recreate.

“I did a lot of practise on ravens when I was a kid in Tasmania. They’re good, they always look good, they’re easy to work with.”

And the cat is his least favourite.

“The cat is difficult to do, difficult to pull off because people are very familiar with what a cat looks like, so if it’s bad, everyone thinks it looks bad.”

Natalie Delaney-John’s passion for taxidermy has led her to establishing Australia’s only dedicated taxidermy learning institution.

The school has 400 students, mainly women over 50, and includes, surprisingly, a number of vegetarians.

“You might have made ethical choices about what you want to eat, but taxidermy is an art of recreation,” she said.

“We’re not out there killing specimens; it’s about breathing new life into something that has died.”

Ms Delaney-John said she wanted people to move away from the stereotypes of taxidermy as being kitsch and instead consider it as an art form.

“A famous taxidermist once said, ‘if we didn’t put skin on it, it would be called sculpture’.”

‘I didn’t choose this, it felt like it came to me’

Andrew Xanth is one of Australia’s few fish taxidermists.

“I’ve been working with fish for about 10 years now. I came across it by accident,” he said.

Originally a mechanic, Mr Xanth found himself at a taxidermy academy in the United States where he learnt the art.

“I didn’t choose this, it felt like it came to me.

“I think it’s just something that comes naturally to some.”