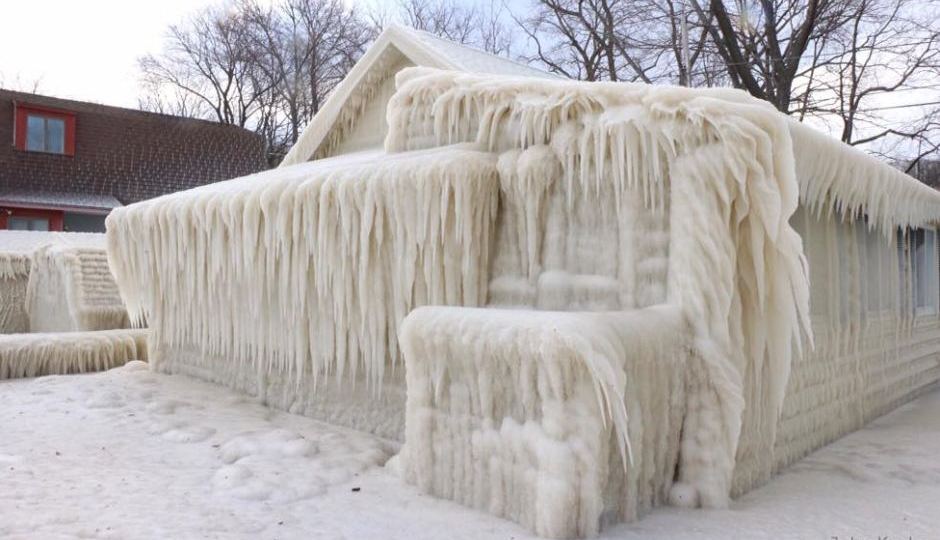 The house is located just outside Rochester, one of the snowiest areas in the United States. Photo: John Kucko/ABC

Freezing temperatures and heavy winds are not a great combination for a house situated on the shore of a lake.

One house located about 7.5 metres from Lake Ontario – one of the Great Lakes of North America – felt the brunt of recent frigid weather in the New York state.

The vacation home was unoccupied at the time, and the combined effects of the cold, wind and ocean spray caused the icy encasement.

Photographer John Kucko took the photos after being tipped off by a local.

He said he had been receiving many comments about the images being fake, and was “amazed” at the amount of people who thought it was foam.

“When you live along Lake Ontario, or have property along the lake, this will happen especially with the winds we’ve had,” he said.

Kucko said the house was encased in layers of ice which appeared to be about 15cm thick on the lake-facing side of the house.

Neighbouring houses escaped the icy encasement due to different types of break walls designed to stop the ocean spray, and by being placed further away from the water.

One local said the house, which was a bit older than surrounding houses, had been going through a similar situation “for years” and had always recovered by spring.

The Western New York area was hit by a strong windstorm in the past few days, knocking out power to more than 150,000 people.