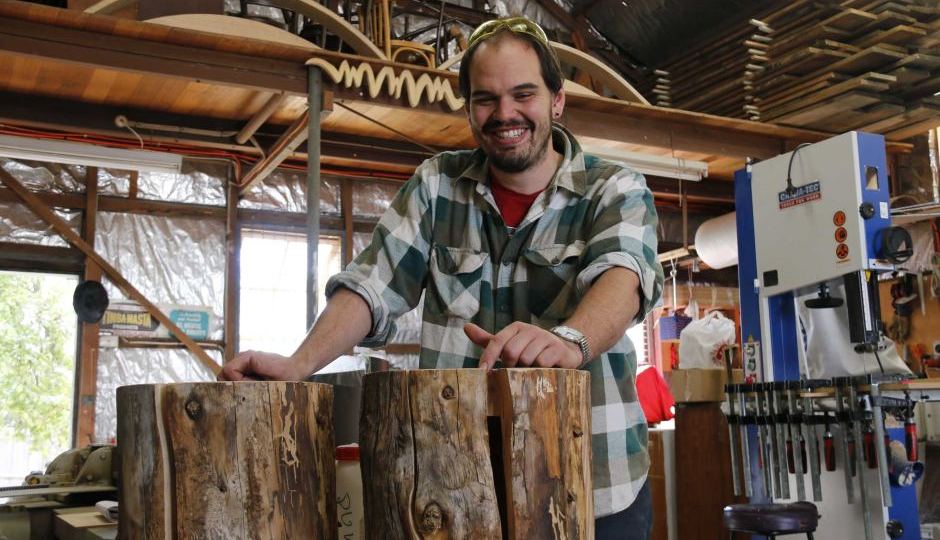 Tasmanian furniture maker Duncan Meerding lost all but 5 per cent of his vision at 18. Photo: ABC

A Tasmanian furniture maker has been selected to exhibit his work at an international light show in Italy.

Duncan Meerding, who lost most of his vision at 18, makes lamps from tree stumps that would usually be treated as waste wood.

Mr Meerding’s workshop is full of lamps he is making for a new upmarket hotel in Hobart, some of which he will show at the Euroluce lighting show in Milan in early April.

But he is determined that his story of success does not fall into common narratives around disability.

“I think the media and the public in general have a real issue with disability in general, where there’s either the ‘hero’ mentality or the ‘poor person’, as in the pity mentality,” Mr Meerding said. 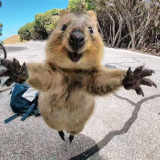 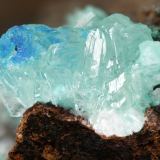 “It is part of the journey I’ve been on and without my vision being degenerated when it did, I wouldn’t have designed the designs I have.

“But the reluctance I had was that I don’t want to necessarily feed into that pity or hero mentality.”

Euroluce is one of the world’s biggest lighting trade shows, hosting about 500 exhibitors and more than 300,000 attendees last year.

Other designers inspired by Milan invitation

For Mr Meerding, inspiration can come from nature, the wood that he handcrafts, as well as disability.

“Whether I like it or not, my visual field does influence my design aesthetic and it’s something I probably would have shied away from explaining when I first started this journey,” he said.

“Now I’m embracing the fact I’m partially blind with the vision concentrated around the peripheries, and I design lights.”

Mr Nicasio said other local furniture makers would be following his colleague’s journey.

“It’s a very positive thing to happen for both a designer from Tasmania and Australia, and just for anyone in our age bracket practicing coming out,” Mr Nicasio said.

“It makes things pretty exciting for us down here.”

Some of the wood in Mr Meerding’s lamps comes from Tasmania, the rest is from sources he considers sustainable.

“Basically I try to avoid using slower growing material, [and] when I do use Tasmanian material I try to use [timber] that will be replenished,” he said.