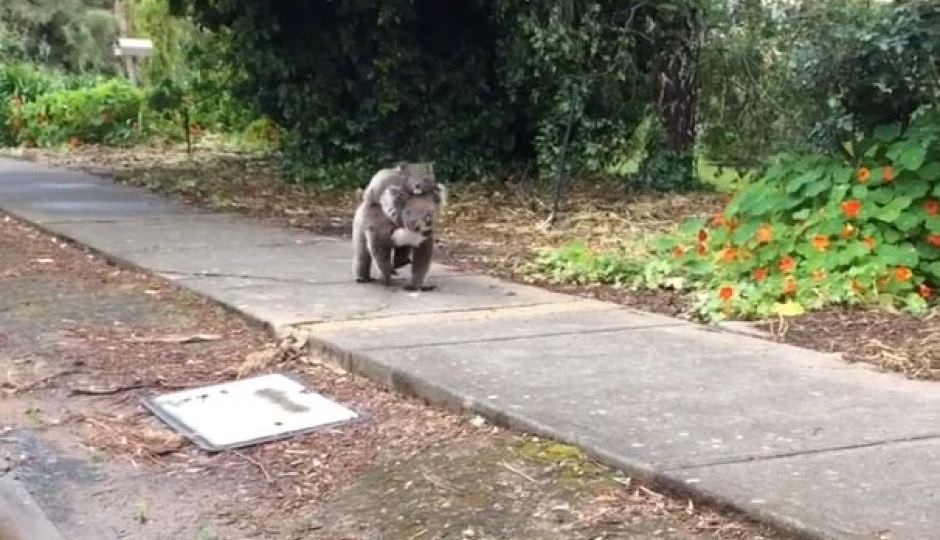 A Facebook posts says this video of a koala walking with her baby joey was taken at McLaren Flat. Photo: Facebook: South Australia

A video of a koala “taking a morning stroll” along the main street of a regional South Australian town with her joey on her back, has been viewed on social media thousands of times.

It shows the koala walking along the path for several metres, before she stopped and looked at the camera and then continued on her way.

The video was originally posted on Instagram by users @raked_petal and @heidi_and_nina_schnauzers and was later shared by the official South Australia Facebook page where it was viewed more than 100,000 times.

“They were spotted near the local bakery so perhaps they were just dashing out for a bit of morning tea?” the Facebook post said. 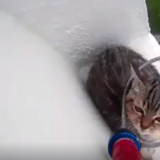 Local bakery worker Charles in McLaren Flat said while there are many koalas in the area, it was rare to see them walking along the street in the middle of the day.

“It’s much less dense residentially here, so I guess they feel safe to do their thing,” he said.

“[But] it’s a rare thing to see a koala on it’s way to the bakery in the main street.”

He said most koalas in the area were spotted high up in the trees and shied away from people.