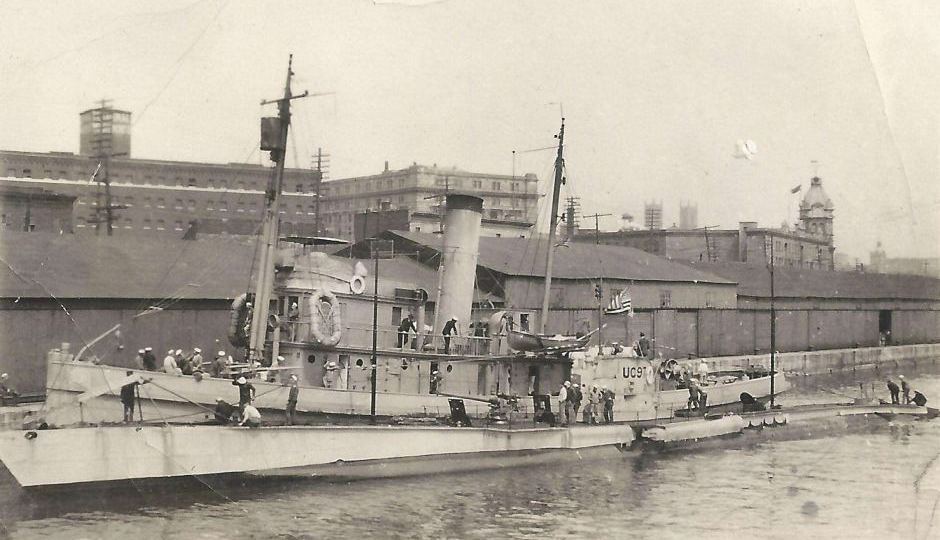 UB-85 was similar to UC-97, seen in the foreground in this photo. Photo: Flickr: photolibrarian

A German U-boat supposedly said by its captain to have been sunk by a giant sea monster at the end of World War I has been discovered off the west coast of Scotland.

UB-85 was found by a team working on laying an underwater power cable between Scotland and England.

Naval historians believe the submarine was caught on the surface at night and was flooded when it dived too rapidly to avoid detection.

The entire crew then had no choice but to surrender.

But according to folklore, the captured captain of the submarine claimed the U-boat was attacked and disabled by a giant “sea monster”. 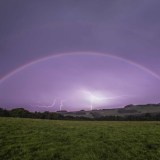 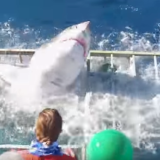 Thought you were safe in a shark cage? Think again

He said he was sceptical of the sea monster fable.

“I like the idea of Nessie doing her bit for the war effort, but I think in reality the real sea monster is the U-boat here trying to sink ships.”

According to Mr McCartney, the tale was probably first told over a few drinks between journalists and former navy officers.

“The problem with these stories is that in 1920 the Allies stopped reporting anything about what happened to the German submarines.

“The records then fall under the 50-years (secrecy) rule.

“The exact results of the first U-boat were secret until 1970, so in this 50-year period there is a lot of vacuum building up which is just ripe for conspiracies.

“So we see cases of U-boats being attacked by sea monsters, haunted U-boats – lots of cases like this.”

“We do really detailed surveys of the seabed so we can look out for obstacles that might be in the way, and we’re looking for boulders and things like that,” he said.

“What we didn’t expect to find was a German U-boat.

“It’s probably the most amazing thing that I’ve ever come across in the whole of my construction experience.”

As for UB-85, it will stay where it sank to be subject to further study.