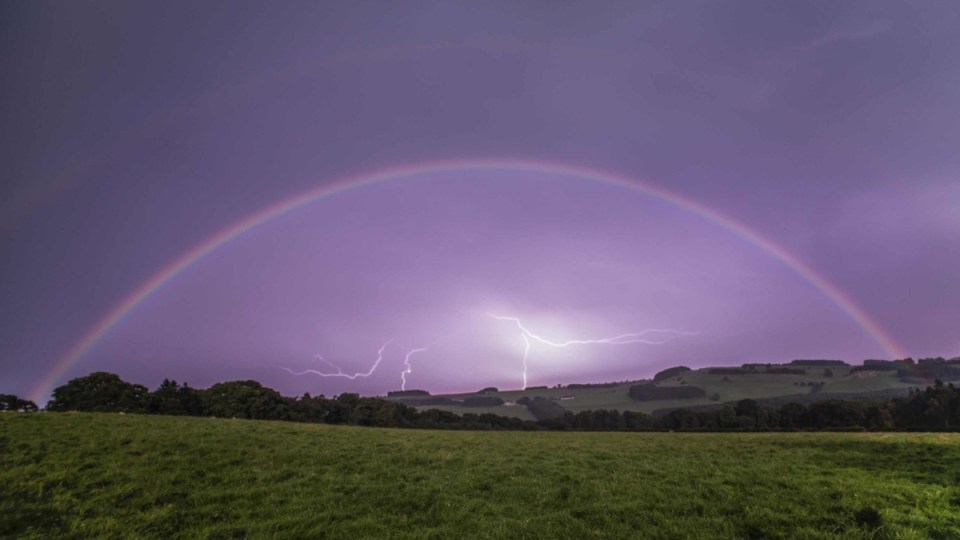 A moonbow is visible in the night sky above a field in Northumberland, northern England last month. Photo: Ian Glendinning/AP

A rare lunar rainbow – or moonbow – has been captured by a photographer in northern England.

Ben Gwynne snapped the phenomenon on Tuesday at a location about 31 kilometres out of Leeds.

A lunar rainbow occurs in much the same way as a regular rainbow, in that it appears when light is refracted by moisture in the air.

It is, however, much less common as the moon has to be exceptionally bright.

Climatologist Skie Tobin from the Bureau of Meterology (BoM) said Mr Gwynne was likely correct in his observation, as conditions were prime for a moonbow.

“That does indeed look like a rainbow cast by moonlight,” she said.

“The full moon this month was very bright as the time of full moon has coincided with the point of the moon’s orbit when it is closest to Earth – this point in the orbit is called ‘perigee’.”

According to the BoM, multiple rainbows are also uncommon, as the light has to be refracted more than once while inside a water droplet.