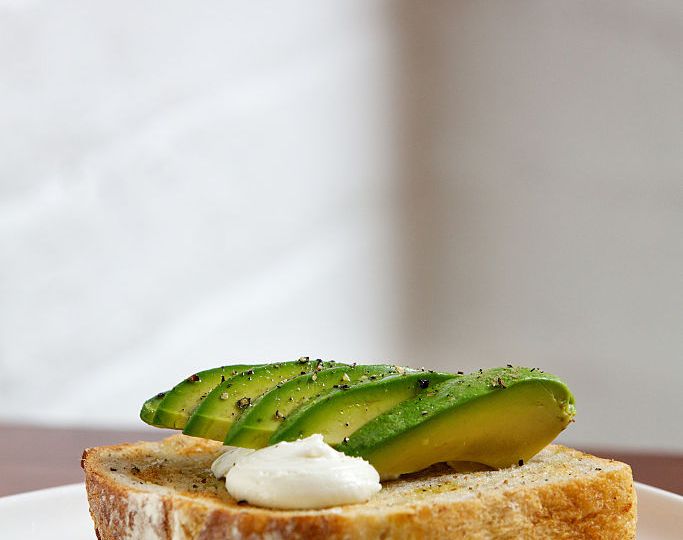 "I can afford to eat this for lunch because I am middle-aged." Photo: Getty

Stop wasting your money on $22 smashed avo and lattes and put it away for a house deposit.

That’s the advice from popular demographer Bernard Salt who has penned a column in The Australian attacking the “evils of the hipster cafe” in which he also ridicules the hedonism and financial illiteracy of Australian “youth”.

Mr Salt conceded, in terms of self-deprecation, that his column was on behalf of the “Middle-Aged Moralisers” (MAM), a group which he says meets monthly in the privacy of their own homes to “discuss the youth of today”.

After taking aim at milk-crate seating, overly loud music, small-font menus and toilet signage, Mr Salt signs off with a shot at young people frittering away their money on extravagantly priced meals.

“It gets worse. I have seen young people order smashed avocado with crumbled feta on five-grain toasted bread at $22 a pop and more,” he wrote.

“I can afford to eat this for lunch because I am middle-aged and have raised my family.

“But how can young people afford to eat like this? Shouldn’t they be economising by eating at home? How often are they eating out?

“Twenty-two dollars several times a week could go towards a deposit on a house.”

The reaction on social media was swift and mixed, with some MAM supporters backing Mr Salt.

@mjrowland68 @BreakfastNews @BernardSalt Going without 2 save 4 home was normal once. I have seen young person with &1200/month phone bill.

Others had a — mostly good natured — crack at Mr Salt.

Bernard salt can pry my smashed avocado from my cold dead hands pic.twitter.com/4Pjz8y4aJG