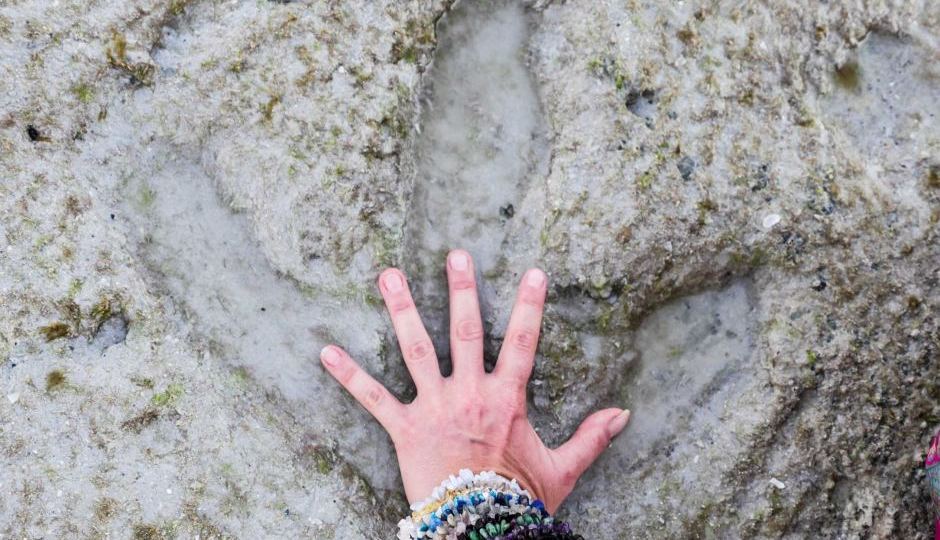 Footprints of a Tyrannosaurus-type dinosaur have been found by a woman collecting shells on the most popular part of one of Australia’s best-loved beaches.

Bindi Lee Porth was collecting shells on Broome’s Cable Beach on Sunday, while hundreds of tourists watched the sun setting into the Indian Ocean, when she made the incredible discovery.

“I went to put my foot down, and the best way that I could describe it is that I felt a very strong energy,” Ms Porth told ABC Local Radio. 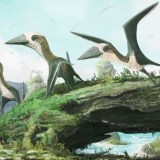 “When I’d taken my foot slightly off, I could see a bit of a hole, and I thought, ‘This is a bit weird’.

“So I just sort off brushed all the sand away and it’s revealed this beautiful, like a bird, foot.”

Could not believe they were real

The Broome coastline is renowned for 130-million-year-old dinosaur footprints stretching from Roebuck Bay in the south and over 150 kilometres north along the Dampier Peninsula.

But footprints like this were not previously known on the main tourist area of Cable Beach, directly in front of resorts and shops, and Ms Porth initially doubted the authenticity of what she had found.

“Every single day there are people there – kids playing, people fishing, playing footy, sunbathing even,” she said.

“That’s why I thought no, they couldn’t have been real because there’d be signs or some sort of notification to let people know these prints are here.”

Ms Porth was on the beach with her daughter and her daughter’s friend, and they also could not believe there could be undiscovered dinosaur footprints on the most popular part of the tourist beach.

“I was jumping up and down and, ‘Oh look at this! Look at this!'” Ms Porth said.

As the possibility that she had made a significant discovery sank in, Ms Porth contemplated what she had found.

She said they sat there for a while, putting their feet into the prints and walking along the track.

“[We were saying] ‘Imagine if this was actual real dinosaur prints and we’ve just found them and we’re now standing on something that was here millions and millions of years ago’,” Ms Porth said.

Palaeontologist Dr Steve Salisbury from the University of Queensland has been leading a study of dinosaur footprints along the Broome coastline and is impressed with the latest find.

“This is a very exciting development; having someone beachcombing to come along tracks like this, this is what makes the Broome area and the dinosaur coast so special,” he said.

“There have been tracks spotted in the Cable Beach area over the years, most of those are sauropod tracks, but this is the first time we’ve become aware of there being another type of dinosaur track in that area.”

“Sauropod tracks are large, oval depressions, but these ones look like classic dinosaur tracks.”

Dr Salisbury said Cable Beach’s famous stretches of white sand were probably why the tracks had only been discovered now.

“A lot of the time, much of that rock is covered in sand, and Cable Beach is one of those areas where there’s obviously a lot of sand. It’s one of the reasons it attracts so many visitors,” he said.

Looking at the photographs, Dr Salisbury suspects there may be more than one kind of dinosaur responsible for the prints.

“Some of the tracks might be different, they might represent another type of three-toed dinosaur, so it’s going to be cool to check them out and see if that’s the case,” he said.

“This could be something unique to Cable Beach.”

Dr Salisbury said the tracks were made by carnivorous theropod dinosaurs which were not as big as the most famous theropod, Tyrannosaurus rex.

“From the tracks that are found around the Broome area, we estimate that it’s probably about just under two metres at the hip most of the time,” he said.

“So, not huge, but big enough that you probably wouldn’t want to encounter it if you were back in the Cretaceous [period].”