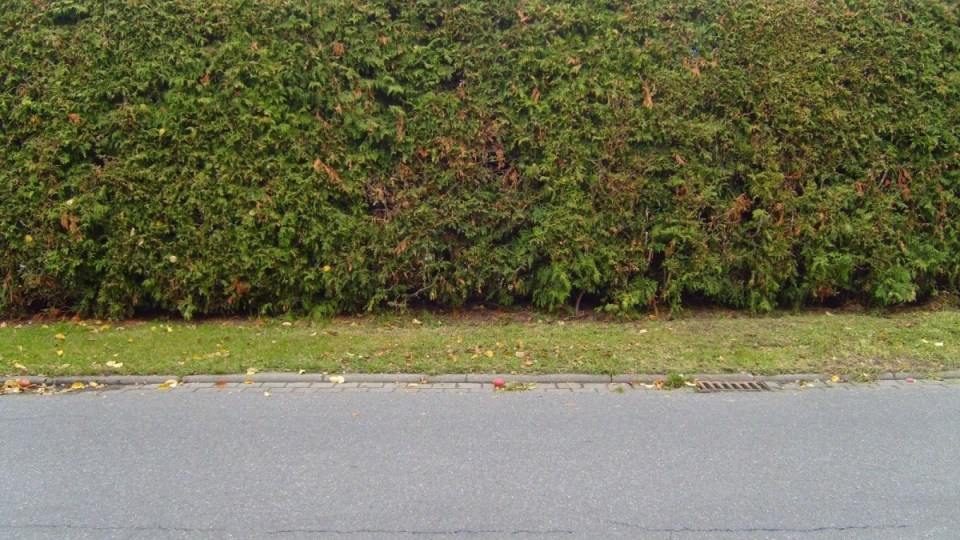 A conifer hedge similar to the one stolen. Photo: Wikimedia Commons

Police in the UK have appealed to the public for information after thieves stole an elderly couple’s hedge from their yard.

Tillington residents Beryle and Michael White were surprised to wake up and discover their 1.5m-tall hedge of 16 conifers had been ripped out of the ground and stolen, the Hereford Times reported.

The pair, in their mid 70s, said it would cost around £10, or about AUD$18, to replace each one, and asked people to watch out for the conifers in case the thieves attempted to sell them.

“It’s a sad reflection of our times that this can happen in rural Herefordshire,” Mr White told the Times.

Police said the hedge had been stolen overnight earlier this week, and urged locals to contact them if they had any information.

The article attracted a number of comments on the Hereford Times‘ page, and also made it to popular forum site Reddit.

“I didn’t be-leaf this story when I read the headline. Let’s hope they get to the root of it. Fir everybody’s sake,” one user commented.

“Let’s not beat around the bush, this is a serious crime,” said another.