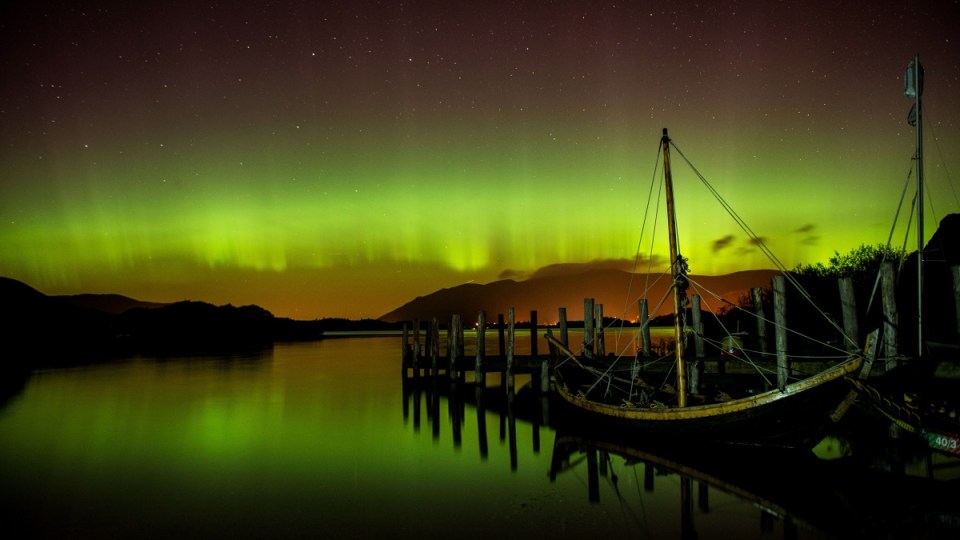 The aurora borealis, or the northern lights over Derwentwater, near Keswick, England. Photo: AP

One of the most stunning natural phenomena has been captured from above by a NASA astronaut.

Jeff Williams tweeted a timelapse video of the glowing aurora display as he passed over Earth while onboard the International Space Station (ISS).

Aurora approaches and lights up our @Space_Station.https://t.co/v3TYtRFQvk

“Auroras happen when electrons and protons collide with neutral atoms in the upper atmosphere,” NASA said on a video on its website.

According to the Northern Lights Centre, the bright lights of aurora are collisions between electrically charged particles from the sun that enter the Earth’s atmosphere.

The lights can be seen above the magnetic poles of the northern and southern hemispheres.

The green glow can not only be seen from space, but also on the ground.

The new timelapse footage also prompted fellow astronaut Scott Kelly – who spent a year in space aboard the ISS – to share his own memories overnight on Twitter of the aurora lights from space.

Australians were treated to glowing displays from their backyards in Tasmania in December, when the skies turned shades of purple and green.