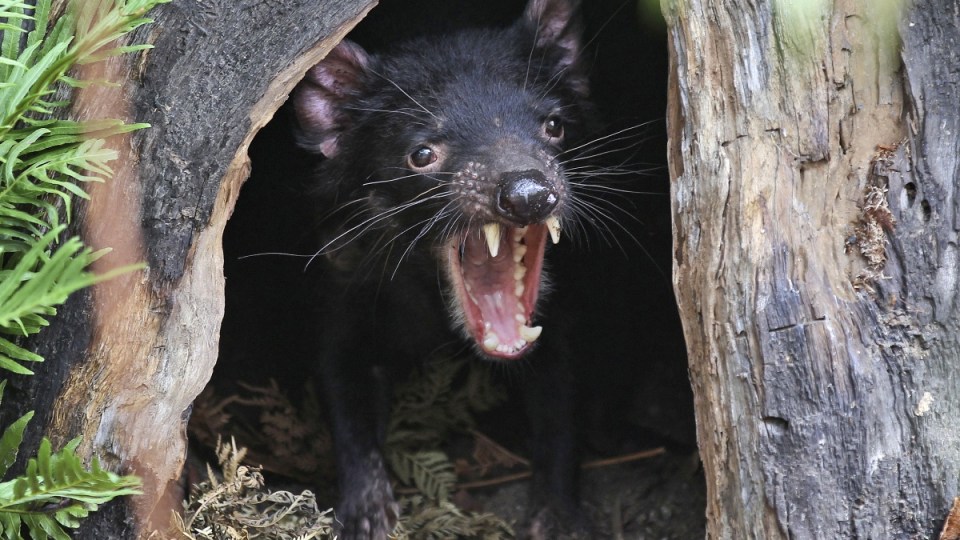 Researchers found a tooth belonging to the distant relative of the Tasmanian devil in outback Queensland. Photo: AAP

The fossilised tooth of a previously unknown ‘hypercarnivore’ marsupial has been uncovered in remote Queensland after scientists used satellite data to locate a new hotbed of archaeological records.

The discovery was made possible after a satellite discovery of an archaeologically rich area of late Miocene rock about four hours’ drive north of Mt Isa in outback Queensland.

The area was active from around 12 to 5 million years ago.

Named Whollydooleya tomnpatrichorum – or Whollydooleya for short – the animal was a much larger, distant cousin of the Tasmanian devil.

“This was an animal which was very considerably bigger than the largest [hypercarnivore] we’ve got today, the Tasmanian devil, probably two to three times,” UNSW’s Professor Mike Archer told the ABC.

Professor Archer said the animal – discovered with the fossils of several other small to medium animals new to science – was in the size range of thylacines but much more “massive”.

While the tooth was first discovered in 2013, the animal is the first of those discovered to be formally identified.

Whollydooleya – and the place it was discovered, Wholly Dooleya Hill – is named after Riversleigh volunteer Genevieve Dooley, the partner of team member Phil Creaser, who named the fossil-rich hill for the team before various types of fossil came their way.

“There’s also a new kind of kangaroo that turned up, a distant cousin of the musky rat kangaroo that lives on the Atherton Tableland,” Professor Archer said.

Medium to large-sized Australian Late Miocene animals have previously been recorded at Northern Territory sites, but little is known about smaller animals from the period.

“The small to medium-sized mammals from the New Riversleigh deposits will reveal a great deal about how Australia’s inland environments and animals changed between 12 and 5 million years ago,” team member Dr Karen Black said.

The story behind the discovery of the new fossil field is almost as remarkable as the animals themselves.

A PhD student at the university, Ned Stephens, developed a way to use satellite data to find fossil fields by studying the frequencies being returned from known sites at the well-known Riversleigh World Heritage Area.

In 2012, Mr Stephens found a specific set of frequencies coming back up to the satellite but found it was being returned well outside the bounds of the known fossil fields.

“We’re just beginning to understand there’s a massive deposit of fossils out there which we had no idea about.”