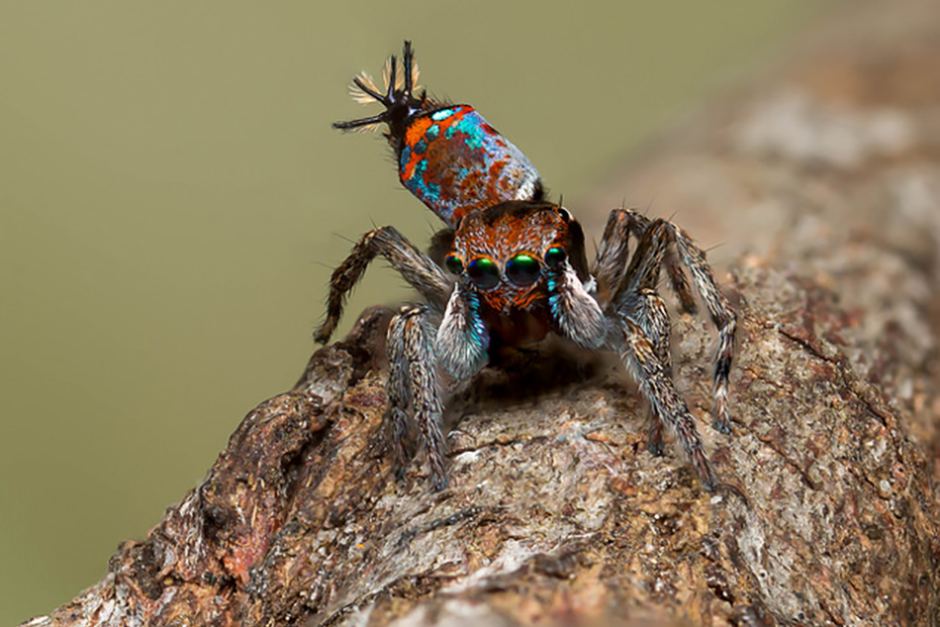 A diminutive spider recently discovered in outback Queensland has been named after one of the world’s most accomplished dancers.

The peacock spider has formally been named the maratus lincunxin in honour of Queensland Ballet artistic director Li Cunxin.

The Chinese-trained dancer is best known for his book Mao’s Last Dancer, which was published in 2003 and made into a film by Australian director Bruce Beresford in 2009.

• Australian spider could be fastest lunging predator
• Fish hitches a ride in a jellyfish in Byron Bay
• Ain’t he sweet? The world’s newest baby panda

Maratus lincunxin, which has a blue abdomen, was found by Queensland Museum scientist Dr Barbara Baehr at Carnarvon Station in Queensland’s central west.

Dr Baehr said she was inspired to name the spider in honour of Cunxin after she took her daughter to the ballet.

She said watching the dancers onstage made her think of the peacock spider.

“I thought it was stunning, with a fairytale-like essence that was so marvellous and sweet that it reminded me so much of the dancing of the peacock spiders,” she said.

After the Queensland Museum gave Cunxin a look at his namesake the 55-year-old said he was honoured.

“After watching its elaborate dance, I can see why Dr Baehr was inspired by the graceful dancers in our company,” he said.

“It is certainly heartwarming to know that our dancers can provide such inspiration to an individual and speaks volumes about the power of this beautiful art form.”

The peacock spider is just one of more than 4000 species described by Queensland Museum scientists.

It is one of more than 200 species discovered as part of the museum’s bush blitz program.