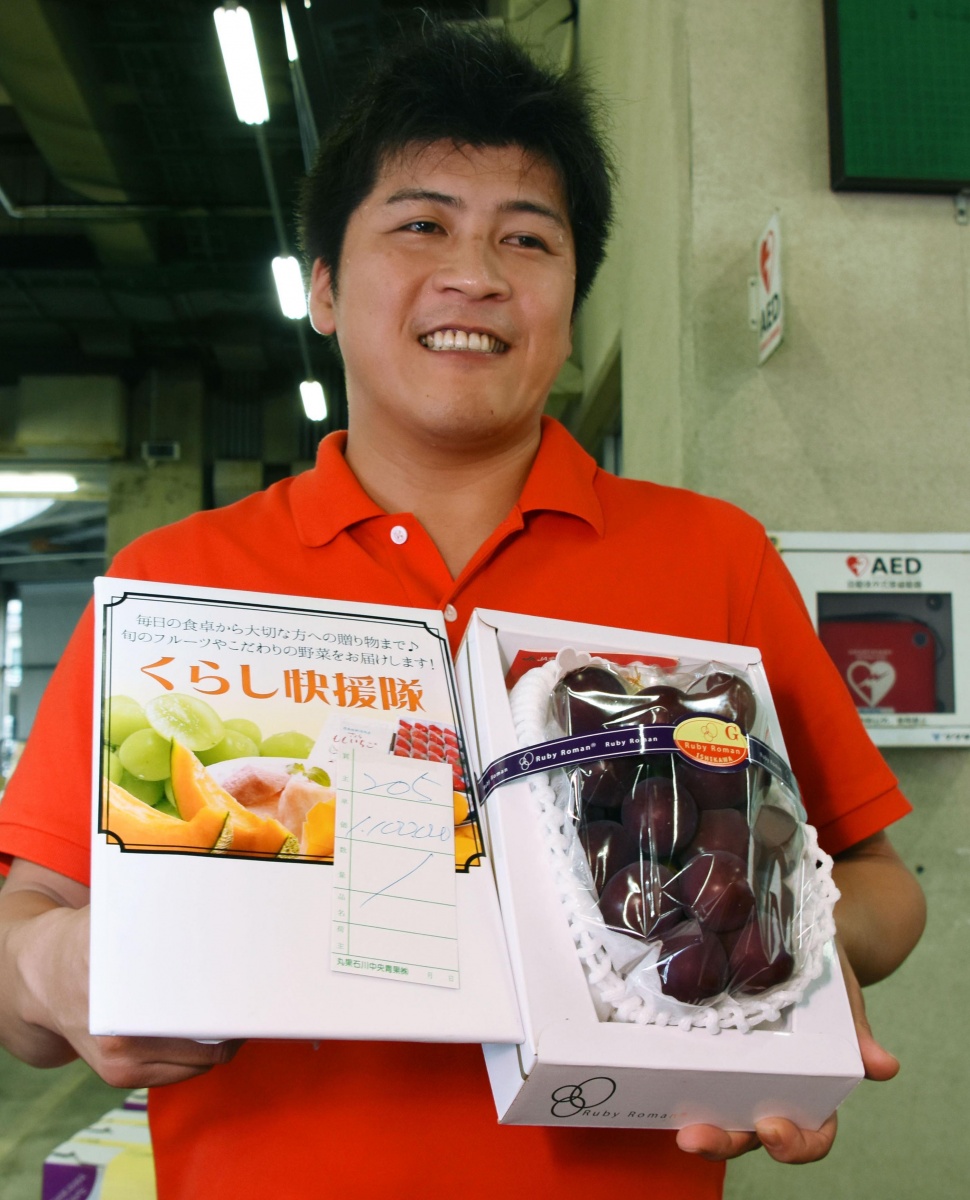 A bunch of grapes has sold for a record-breaking 1.1 million yen (AUD$14,600) in Japan, where fruit is considered a luxury and one of the nation’s most prized gifts.

The bunch of 30 grapes, which were bought by a supermarket owner from western Japan, cost its new owner almost $500 per grape.

The grapes are the Ruby Roman variety, which are a sweet grape grown in Japan and were the first of the season.

“We will display them at our store before giving our customers a sample taste,” Takamaru Konishi said. “I am so happy and I am honoured.”

The grapes must weigh at least 20 grams and have a sugar content of 18 per cent before going to market, and are routinely about the size ping pong balls.

Such eye-watering prices for fruit are not out of the ordinary in Japan, where consumers are willing to pay big bucks for top-shelf fruit, which they often give as gifts to impress people. Last year a pair of melons sold under the hammer for almost $20,000, according to The Guardian.