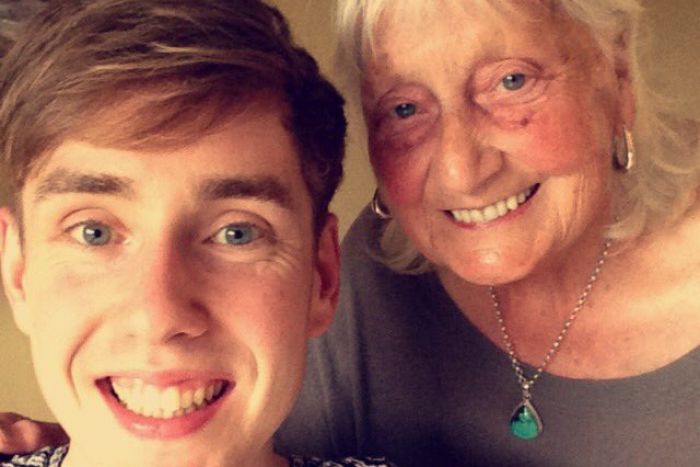 In the age of the internet, what happened to good old-fashioned manners?

The polite grandmother’s Google searches, in which she uses “please” and “thank you” at the end of each entry has gone viral after being tweeted by Mr John.

• ‘I would risk life and limb’: Jo Cox’s poignant words
• Son of MasterChef star goes wild on television
• The zinger that won the debate for Bill Shorten

“I live with my boyfriend and we don’t have a dryer at our house, so I usually go over to my Nan’s to do our washing,” Mr John, from Wigan in England, told the BBC.

“While I was waiting I thought I’d go on the internet and that’s why I opened her laptop.”

Omg opened my Nan’s laptop and when she’s googled something she’s put ‘please’ and ‘thank you’. I can’t 😂😂😂 pic.twitter.com/hiy2tecBjU

“I asked my Nan why she used ‘please’ and ‘thank you’ and it seemed she thinks that there is someone — a physical person — at Google’s headquarters who looks after the searches,” he said.

“She thought that by being polite and using her manners, the search would be quicker.”

Her manners paid off — she did receive a reply from a physical person after all, from both Google UK’s and Google’s official Twitter accounts.

Dearest Ben’s Nan.
Hope you’re well.
In a world of billions of Searches, yours made us smile.
Oh, and it’s 1998.
Thank YOU@Push10Ben

“Well today has definitely been one of the weirdest of my life,” Mr John tweeted yesterday in the wake of the viral sensation.

When asked by another user what his Nan made of it all, Mr John replied: “She’s properly over the moon! Nothing like this has ever happened to her!”

Matildas will be keen to forget 7-0 drubbing by Spain
Upcoming stats will reveal where and how hard rates are hitting economy
Victorian MPs pocket a tidy 2.75 per cent pay raise
Reserve Bank review isn’t a ‘get the governor’ exercise: Jim Chalmers
‘Violence for weeks’ feared after landmark US abortion ruling
Aussie Hannah Green within striking distance of Women’s PGA Championship lead
‘Gay and proud’: Anonymous hacks IS Twitter
Today's Stories