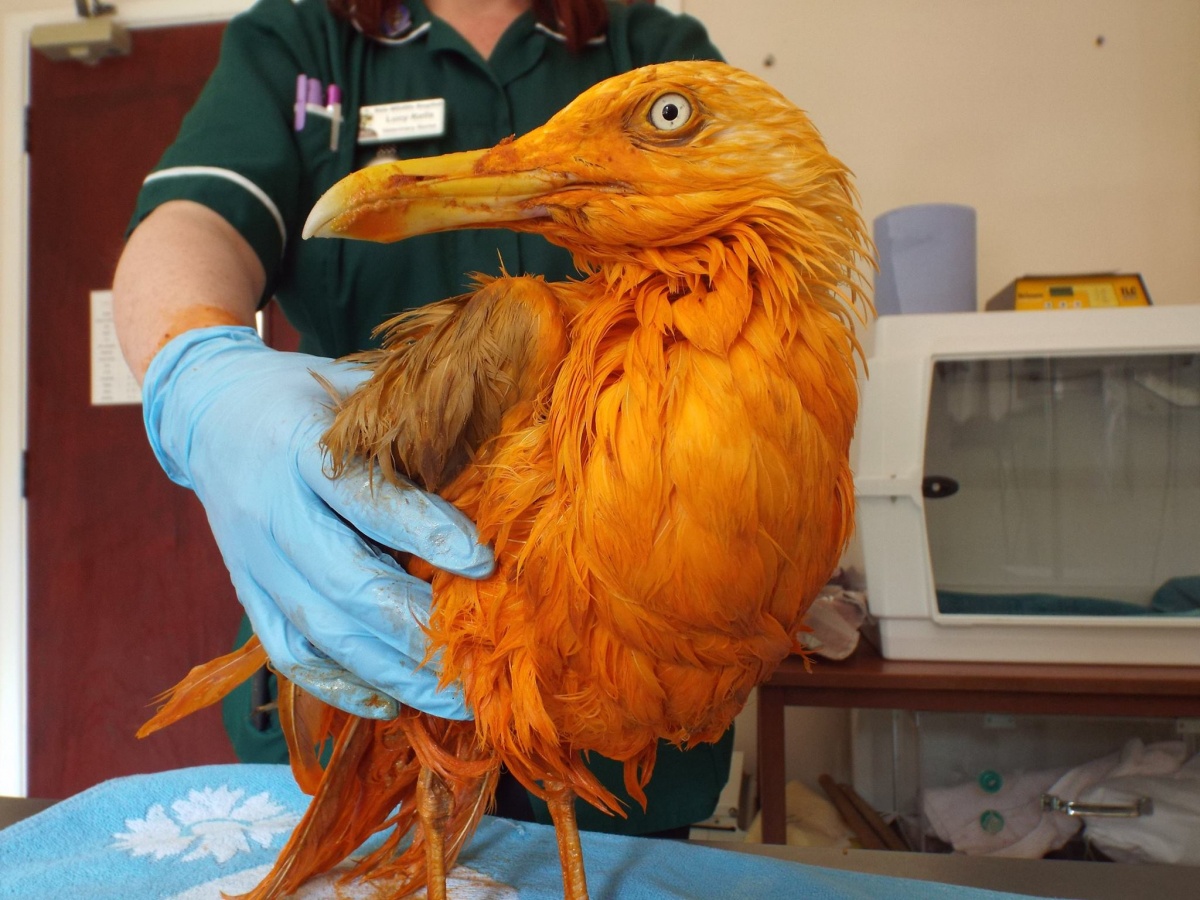 A seagull in the UK has turned bright orange after falling into a vat of tikka masala. And gone viral in the process.

The bird fell into a container of curry while trying to scavenge a piece of meat from a food factory bin, the BBC reported.

“Anyone fancy a curry? This poor chap did!” the hospital posted on its website alongside photos of the orange gull.

“Sadly he was enjoying it so much he fell in.

“We’ve cleaned him up and he is doing well, with no upset tummy.

“Hopefully he’ll stick to a much more bland diet in the future.”

Lucy Kells, who is a veterinary nurse at the Vale Wildlife Hospital near Tewkesbury, Gloucestershire, said she was brought a box that “smelled like a take-away”, but actually contained the bright orange bird.

The seagull, who has been dubbed ‘Gull-frezi’, was found scavenging in a bin at a food factory. He was then taken to the animal hospital where he was returned to his natural colour using washing-up liquid.

Despite a good scrub with dishwashing detergent, the bird’s feathers still had the subtle aroma of Indian curries.

“I don’t think any of us have experienced such an orange, greasy gull to deal with before … but boy did he smell good,” the wildlife hospital posted on its Facebook page.

The bird is being kept at the wildlife hospital while it builds up its strength.