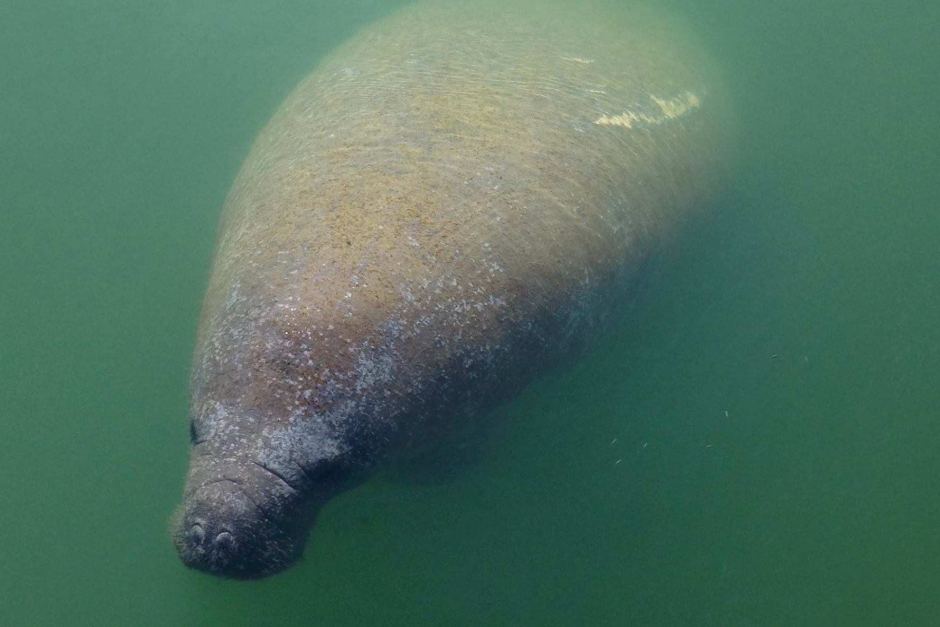 A manatee has given birth to rare twins in southwest Florida, scientists say, just months after the species was officially considered at a healthy enough population level to be dropped from the endangered list.

Florida manatee Tomo-Bella and her newborn twins were caught on video earlier this month by onlooker Karl Nelson in a canal in Siesta Key.

Mr Nelson sent the video to scientists at the Mote Marine Laboratory, who confirmed it was indeed Tomo-Bella, who has been observed in the wild for 23 years, and her babies.

“We’re excited to see that Tomo-Bella is contributing to the manatee population, and it’s interesting to see twins from a female whose history we know so well,” staff biologist at Mote’s Manatee Research Program, Jennifer Johnson, said in a statement.

Tomo-Bella observed more than 230 times since 1993

Mote scientists first spotted Tomo-Bella in 1993, and since then she has been observed 230 times and seen with eight calves.

But these are Tomo-Bella’s first twins – and twins are rare, accounting for just 1.4 to 4 per cent of Florida manatee births.

In January, US wildlife officials proposed that the West Indian manatee, of which the Florida manatee is a subspecies, no longer be listed as endangered.

The tubby, grey marine mammals, known lovingly by many as “sea cows”, were listed as endangered almost 50 years ago, after being killed mainly due to overhunting and collisions with boats.

But now, thanks to a significant improvement in population and habitat, the total manatee population is estimated at 13,000, with more than 6300 in Florida alone.

When aerial surveys began in the early 1990s, officials counted 1267 manatees in Florida – meaning over the last 25 years there has been a 500 per cent increase in the species population in the state.

“It’s like taking manatees out of intensive care and putting them in a regular care facility,” Jim Valade, the US Fish and Wildlife Service’s manatee coordinator, said at the time.