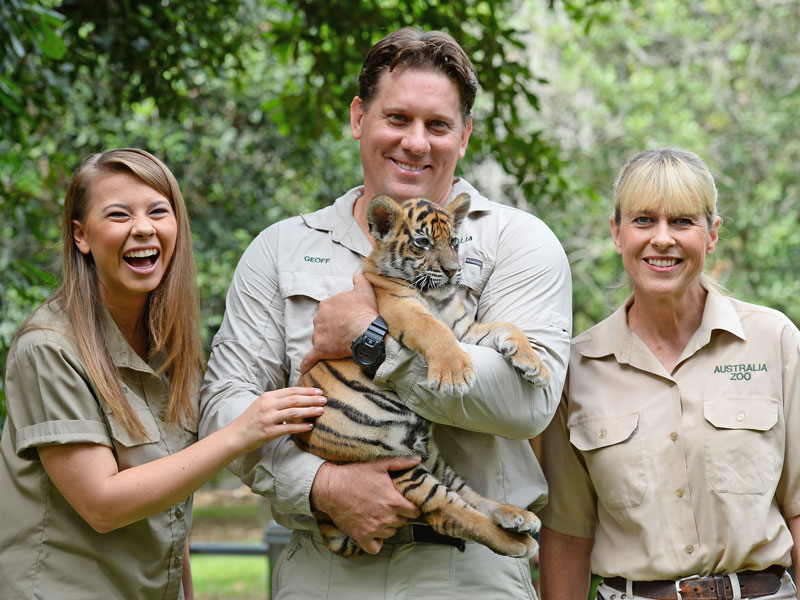 Queensland’s Australia Zoo has welcomed the birth of another tiger cub while announcing the names of two other recent arrivals.

Scout and Delilah, the second pair of Sumatran tiger cubs to be born at the Sunshine Coast tourist attraction, will begin guest encounters from Tuesday.

“These cubs are so precious and there are so few left in the wild,” Bindi Irwin said on Monday.

“Eventually, our new cub will begin encounters with guests just like Scout and Delilah, continuing dad’s dream of bringing people closer to our conservation cause.”

The two cubs are genetically significant to the global tiger breeding program because of the wild bloodline of their mother, the park said.

The newest cub and its mother are both doing well and will be introduced to the world in coming weeks.

Australia Zoo was thrust into the spotlight in January when an animal handler, 35, was attacked by a 12-year-old Sumatran tiger, Ranu.

The man suffered large puncture wounds to his wrist and forehead after the animal “swatted” at him during an enrichment routine, prompting a Workplace Health and Safety investigation.

‘What a hit’: Albanese on attack after dire wages data
Inquiry into mother’s convictions over deaths of four children
Viagogo loses appeal over $7 million penalty
Sydney home sprayed with bullets in gang violence
‘Admit what the hell is going on’: Biden wants US to face White Supremacy problem
Device detonated, man arrested in Brisbane sieges
Quiz: can you recognise these historical photos?
Today's Stories