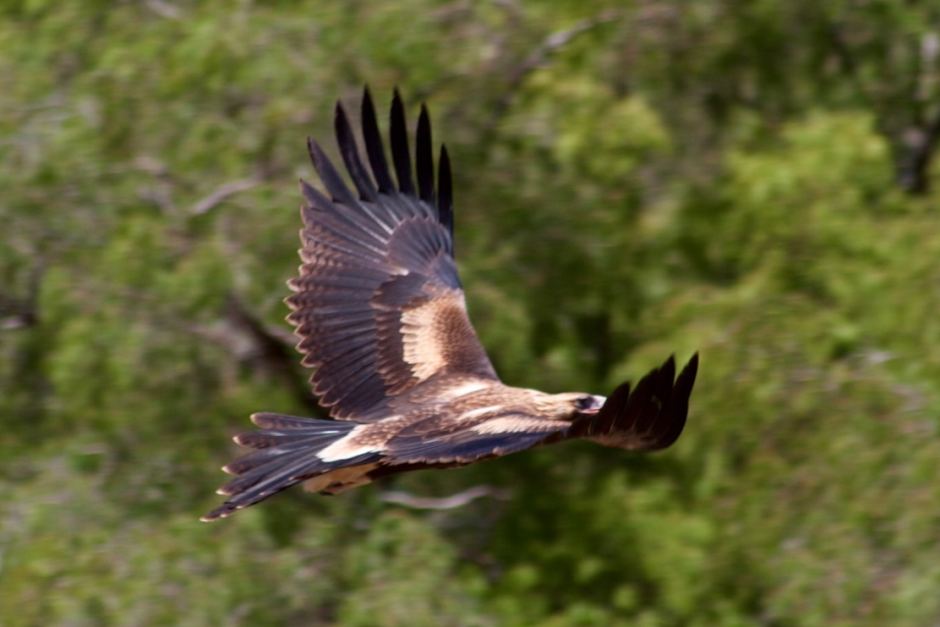 Australia’s largest bird of prey is bucking a trend and flourishing in numbers while other species continue to struggle with urban development and a declining population.

Researchers say numbers of the wedge-tailed eagle across Australia are finally on the right side of the ledger, after dropping to near critical numbers following years of them being shot for reportedly killing lambs and other small farm animals.

Up to 147,000 were shot or poisoned for a small bounty in Western Australia between 1928 and 1968, while a higher number suffered the same fate in Queensland.

Australian Birdlife magazine editor Scott Dooley said while “wedgies” were a skilled and capable hunter, they were more likely a victim of being spotted in the wrong place at the wrong time.

“They suffered pretty badly during that period and you could argue it was somewhat unwarranted,” Mr Dooley said.

“They are definitely capable of scooping up a large wallaby or lamb, but they’ll often favour a pre-prepared meal, which is why they are so often spotted feeding on the abundant roadkill found across areas of regional Australia.”

Mr Dooley said the wedge-tailed eagle was one of the few native birds of prey to show promising numbers following a nationwide survey on bird life conducted last year.

“The population [of wedge-tailed eagle] seems to be at least steady and maybe even higher than before, while our other birds of prey recorded a disturbing decline,” Mr Dooley said.

“Although it varies state to state, they certainly benefitted from the introduction of rabbits and its ability to cover large distances if needed. They are found across mainland Australia and Tasmania.”

Facts and figures of a graceful bird

Each bird supplies 15 “hits” of information per day, which has allowed Mr Cherriman to compile facts and figures that previously eluded researchers.

“One of the juveniles has covered close to 30,000 kilometres and roughly 25 per cent of Western Australia,” Mr Cherriman said.

“It was recorded in Broome, Kalgoorlie and at one point crossed over into South Australia for a short distance, so they can cover some distance if the need arises.”

Mr Cherriman has also recorded different wedge-tailed eagles soaring up 6500 metres above sea-level during hot weather patterns, and another that only left the vicinity of its partner’s nest once in three years.

“We like to joke that he had a blue with the missus,” Mr Cherriman quipped.

“He was recorded at a location 60 kilometres away then he flew straight back.”

Mr Cherriman said depending on the availability of food, most pairs of wedge-tailed eagles would breed just once a year, producing two eggs.

From there, only one of the hatchlings was likely to survive.

“It’s quite common for one chick to eat the other,” Mr Cherriman said.

“And that is not unusual in the bird world. Quite often the female will lay two eggs as an insurance policy.”

Mature birds have a wingspan up to 2.3 metres and can weigh five kilograms.

Mr Cherriman said a sighting of a full-grown wedge-tailed eagle in the wild was an unforgettable experience.

“It’s one thing to see them soaring way up above because you don’t really get a sense of size,” Mr Cherriman said.

“But when you see one by the side of the road, it’s quite a sight to see. People are always shocked how big they actually are.”