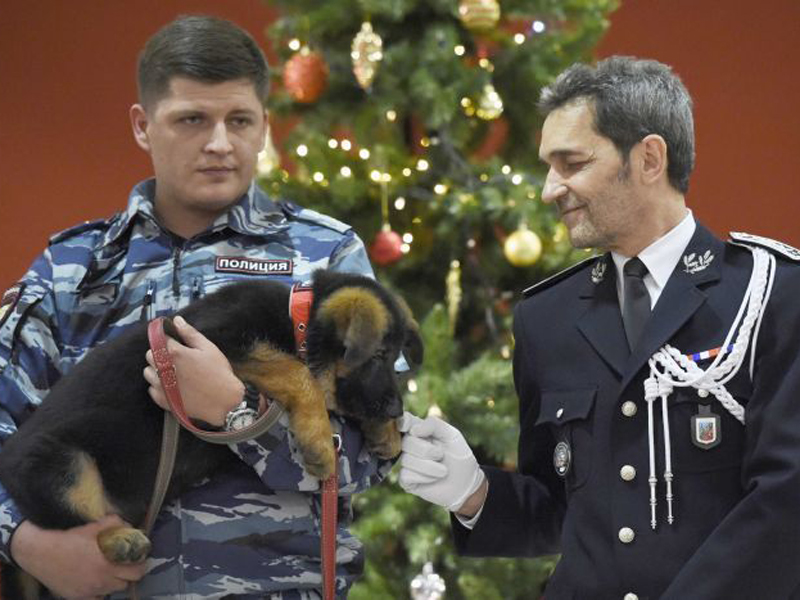 Russia has symbolically handed over a puppy to France to replace a police dog called Diesel who was killed during a raid linked to the November 13 Paris attacks.

Dobrynya, who must remain in quarantine for up to three months before leaving for his new home, was named after a medieval knight who was the incarnation of “strength, valour and justice”, Mr Zubov said.

“We all mourn the victims of the attacks,” he said, referring to the co-ordinated attacks which killed 130, recalling that Diesel, a female Belgian shepherd, was killed five days later, during a special ops raid on a flat where suspects linked to the attacks were holed up.

The alleged ringleader of the Paris attacks, his female cousin and another as yet unidentified man were also killed in the raid.

“In Russia, dogs who serve police are loved not only by the police but also by ordinary citizens,” he said, adding that the gift was seen as “a symbol of the unity of our peoples in the implacable fight against terrorism”.