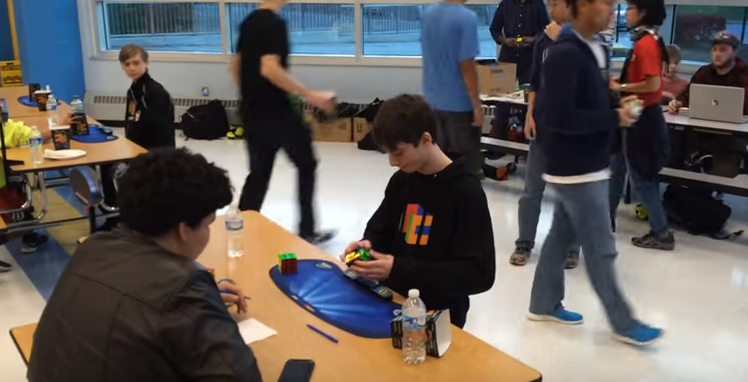 There is a new Rubik’s cube world record – blink and you’ll miss it.

American schoolboy Lucas Etter has destroyed the previous world record time for completing the puzzle, finishing it in a blistering 4.9 seconds.

Australian Feliks Zemdegs, who solved the cube in 5.66 seconds, had held the world record earlier in 2015.

Official rules allow the competitor to inspect the cube for 15 seconds before they begin the puzzle.

The video below is remarkable given a world record is set.

Etter is watched by virtually no one, other than the judge and the person filming.

However, when it becomes clear that he has broken the world record, wild celebrations break out in the room.

Watch the incredible record below: