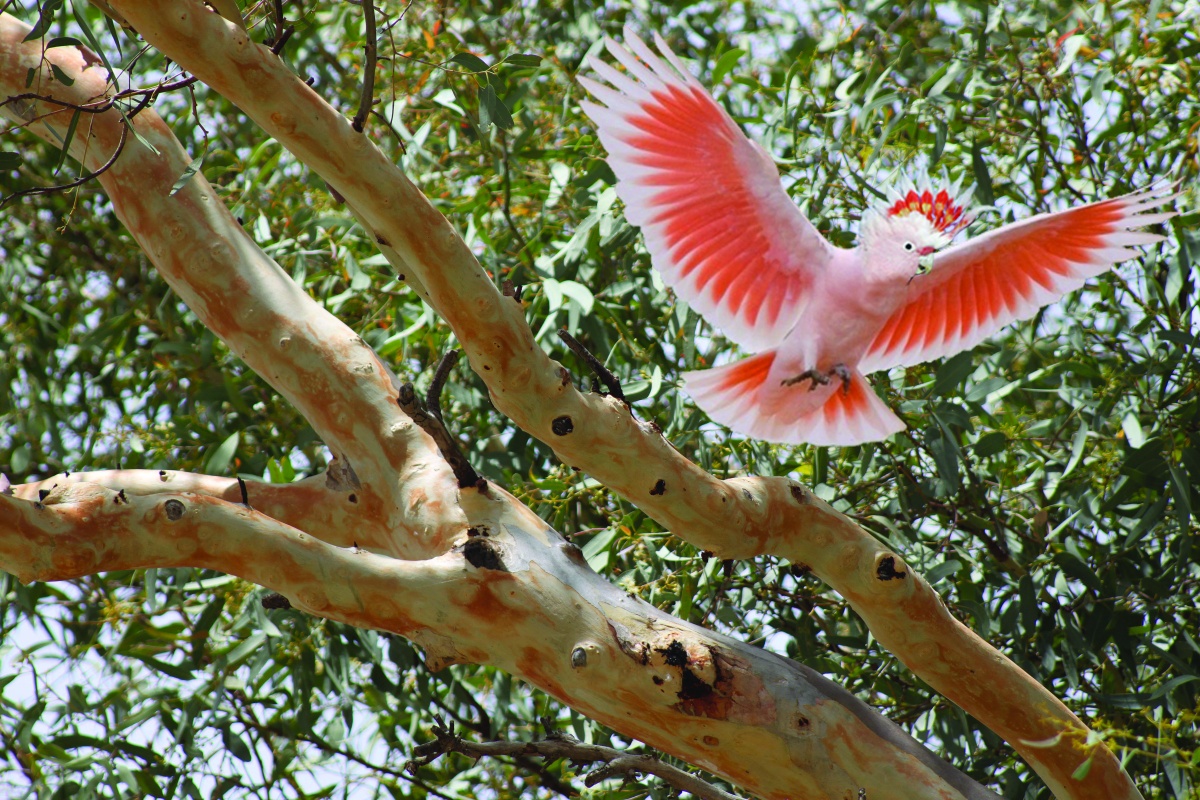 Australian birds have a lot to teach us about living long and happy lives, according to Professor Gisela Kaplan from the Centre for Neuroscience and Animal Behaviour at the University of New England.

“There are various levels at which we’ve grossly underestimated the intelligence of animals,” she told ABC Central Victoria.

Professor Kaplan has studied countless birds, including her own 75-year-old galah, and said that many shared similar traits to humans.

According to her research, magpies are capable of cognitive thinking – understanding the concept of an object temporarily disappearing when playing a game of hide and seek.

“These ‘people plays’ are conceptually quite difficult,” Professor Kaplan said.

Language is another skill, with cockatoos capable of mimicry, which she likens to the “babbling” of a baby.

“That is the first step to learning the intonations and sounds of, let’s say, speech in humans or of their own song,” Professor Kaplan said.

In some cases she said mimicry extended to actual functions necessary for survival.

“Some of them are past masters in deceptive behaviour, they give alarm calls of other species and the other species fly away and then they have the food source to themselves,” she said.

Professor Kaplan also said birds were capable of emotions and has dedicated a whole chapter in her book to facial expressions after studying the feather positions in birds.

She said their emotions are similar to those of a dog, or a two- to three-year-old child.

“We never thought that birds could think of past events or planned future events, and we now know they do and grieving for something that’s lost in the past is a very strong expression,” she said.

Professor Kaplan said communication skills had to be well developed in birds, as many of them mated for life.

“That’s a long life if you bond for 60-80 years, and you need to be able to communicate things effectively so they don’t get out of hand,” Professor Kaplan said.

Australian birds smartest and oldest in the world

Australia, being home to some of the oldest birds on the planet, has played a significant role in the history of the bird according to Professor Kaplan.

“Birds, like the Australian cockatoo, have at least a 90-million-year history,” she said.

She said there may have been many bird species on the planet prior to the mass extinction 65 million years ago, but the only birds to survive after that were in east Gondwanaland, now known as Australia.

“Australian birds are very long-lived; they are almost twice as long-lived as say birds from the northern hemisphere.”

She said the harsh unpredictability of the Australian landscape with its fires, floods, and droughts has contributed to their survival and further development, whereas those species from the northern hemisphere with more predicable and distinct seasons were less challenged.

“Animals that live in this difficult continent … have to be very resourceful and have to have a very good memory,” Professor Kaplan said.

“I think both are probably true,” she said.

Australian birds a lot smarter than we think