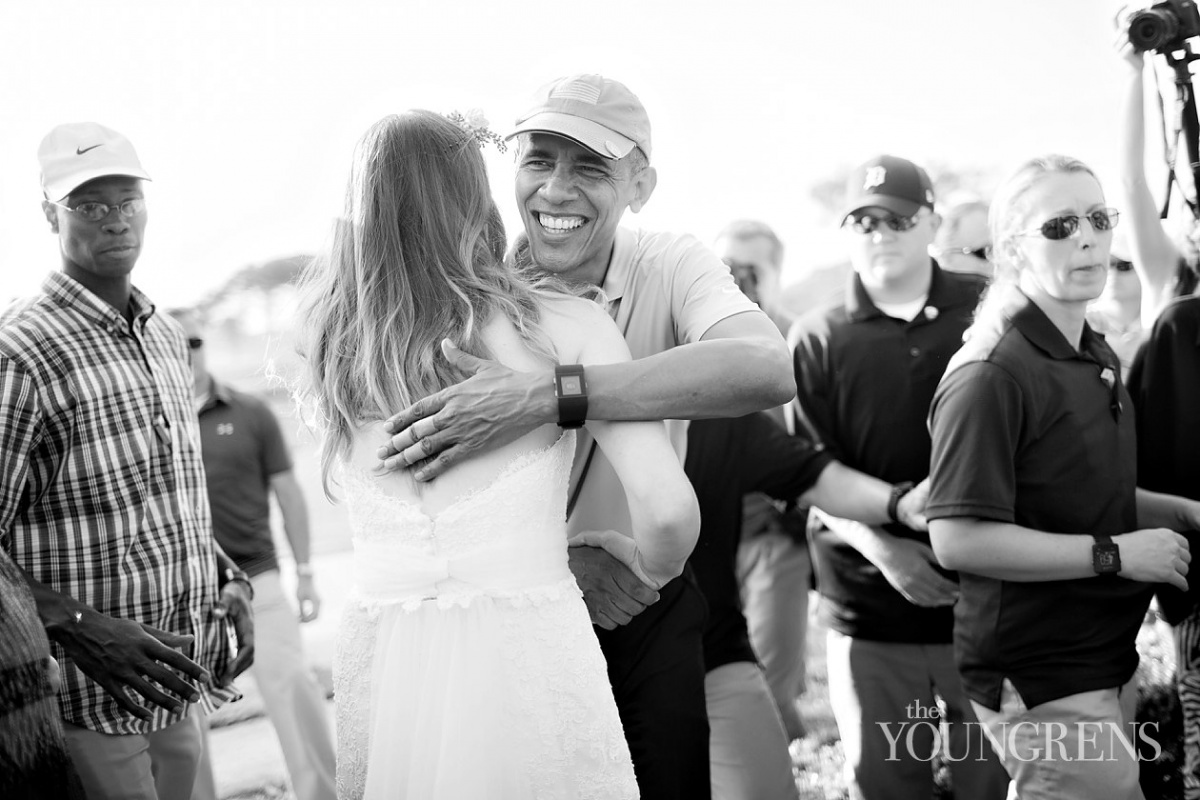 An American couple were more than welcoming when President Obama crashed their wedding last weekend.

Stephanie and Brian Tobe were due to marry at the Terry Pines Golf Course near San Diego on Saturday, where Obama happened to be playing a round of golf.

In a blog post, the couple’s photographer described how after observing his form on the green, the bride and groom-to-be couldn’t help but run over to Obama.

“The President was finishing up his game soon at the 18th hole, which happens to fall right in front of the ceremony site – as in, right behind the altar”, she wrote.

“Brian and Stephanie burst from the hotel, Stephanie sprinting in her navy blue Nina heels and Monique Lhullier gown, their friends and family bust into cheers at seeing them.”

The President hugged Stephanie and posed for photos with the couple, before offering a few words of advice.

“He specifically told my husband, Brian, not to step on my dress,” Stephanie told NBC San Diego.

“Honestly, I’m normally a pretty shy person, but man, yesterday, for the wedding day and in that moment, I didn’t care about anything”, Stephanie said.

“When I was running up to him, I just started crying,” said Stephanie. “I was in a state of complete shock.”

Stephanie’s Aunt, Judy, went as far as to her offer her role as officiator of the wedding to the famously talented public speaker, but the President assured the woman she looked like she could handle the job herself. All images via Youngrens.

You won’t believe who crashed this US wedding