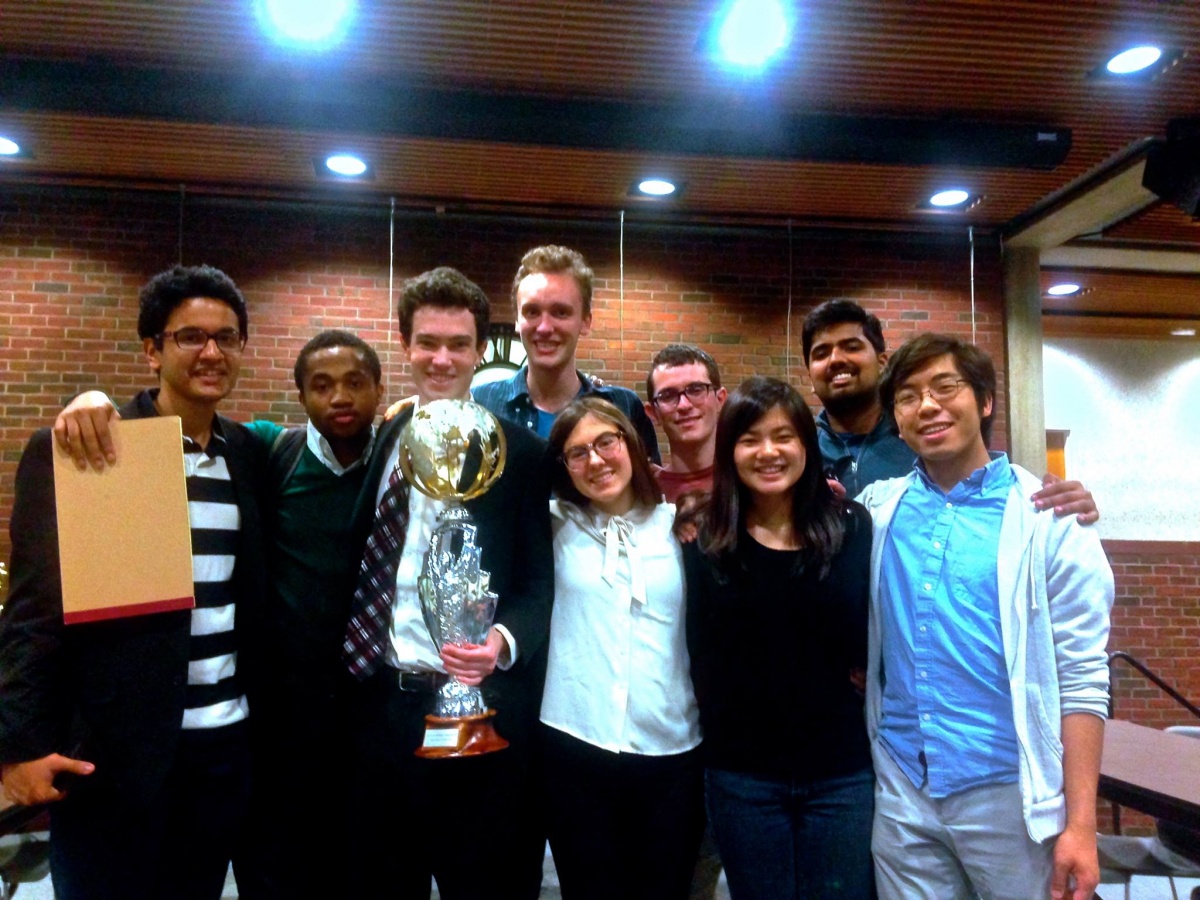 The Harvard team took out the world championship trophy in 2014 and the national title in 2015.

Maximum security prisoners at the Eastern facility are offered college courses through nearby Bard College, and its debating team previously beat teams from the US Military Academy at West Point and the University of Vermont.

After accepting a challenge from the prisoners last month, the Harvard team argued the affirmative side on the subject of whether public schools should be allowed to turn away students whose parents entered the U.S. illegally.

Three men, all found guilty of violent crimes, faced the talented undergraduate students and argued a stance they fiercely disagreed with.

The prisoners suggested that the ability of over-run and under-resourced public schools to reject undocumented students would open the lines for wealthier private schools and non-profits to take them in.

In her decision, a judge noted the Harvard team failed to respond adequately to that line of argument, and declared the inmates the surprise victors.

But according to Max Kenner, executive director of the Bard prison initiative, which operates in six New York prison, no one who works with the prisoners was surprised.

“Students in the prison are held to the exact same standards, levels of rigour and expectation as students on Bard’s main campus,” said Mr Kenner.

“Those students are serious. They are not condescended to by their faculty.”

The Harvard team was humble in defeat, taking to Facebook to commend the inmates on their performance.

“There are few teams we are prouder of having lost a debate to than the phenomenally intelligent and articulate team we faced this weekend, and we are incredibly thankful to Bard and the Eastern New York Correctional Facility for the work they do and for organising this event,” the team posted.

Fifteen per cent of Eastern Correctional Facility’s inmates are involved in the Bard initiative, and former students have gone on to study graduate courses at Yale and Columbia universities.

“If we win, it’s going to make a lot of people question what goes on in here,” Alex Hall, convicted of manslaughter told the Wall Street Journal before the debate.

“We might not be as naturally rhetorically gifted, but we work really hard.”