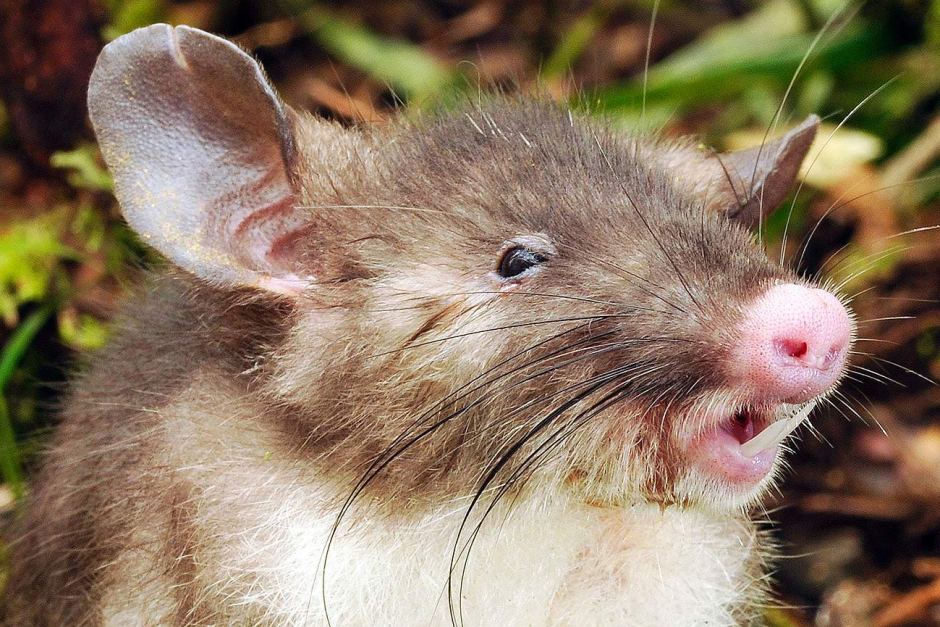 A new species of mammal dubbed the hog-nosed rat has been discovered in a remote area of Indonesia, researchers say.

The rat, which has features never before seen by science, was found in a mountainous region of Sulawesi Island by a team of international scientists, that included members from Museum Victoria.

The long-snouted, big-eared rat is so unique it has been recognised, not only as a new species, but as a new genus.

• Micropigs! Scientists create itty bitty pigs
• Giants from the abyss still haunt our planet
• These are the deadliest animals in the world

“I am still amazed that we can walk into a forest and find a new species of mammal that is so obviously different from any species, or even genus, that has ever been documented by science,” Museum Victoria researcher Dr Kevin Rowe said.

Along with its hog-like snout, the new rat also has long hind legs, a tiny mouth opening and “curiously” long pubic hair.

“We think it may serve some function in helping animals be successful in mating,” Dr Rowe said adding, “but we really have no idea what its function is”.

Researchers described the new species as like a “rat version of a bandicoot”.

The rat is carnivorous and, according to researchers, probably eats earthworms, beetle larvae and other invertebrates.

Dr Rowe said the moment of discovery was special.

“I found one in my trap and I actually kind of hollered and hooted for my other colleague to come and see,” he said.

“We knew immediately it was a new species and then the only question was rather [whether] it was a new genus or whether it was related closely to anything already described.”

The newly discovered mammal is related to group of other carnivorous rodents found on Sulawesi called “shrew rats”.

“Even though there are only eight species in this endemic group, they exhibit a huge eco-morphological range,” Dr Rowe said.

The rat is the third unique genus discovered by the team of scientists since 2012.

Their findings will be published in the Journal of Mammalogy.

The discovery of the hog-nosed rat was aided by local people from the village of Malangga Selatan, near Tolitoli on Sulawesi’s northern peninsula, who guided the team into the remote forest camp.

The elusive rat was discovered at an elevation of 1600 metres in a remote camp two days’ hike from the closest village.

Sulawesi Island was formerly known as Celebes and is shaped like a tropical orchid. It is Indonesia’s third-largest island with an area of 172,000 square kilometres.

The island is known for its scenery of mountains, coastline, lake and dense jungles.

Scientists are drawn to Sulawesi Island because the area remains an enigmatic place for mammals.

Many species have not been seen in decades or ever since the advance in genetic technology in the field of science.