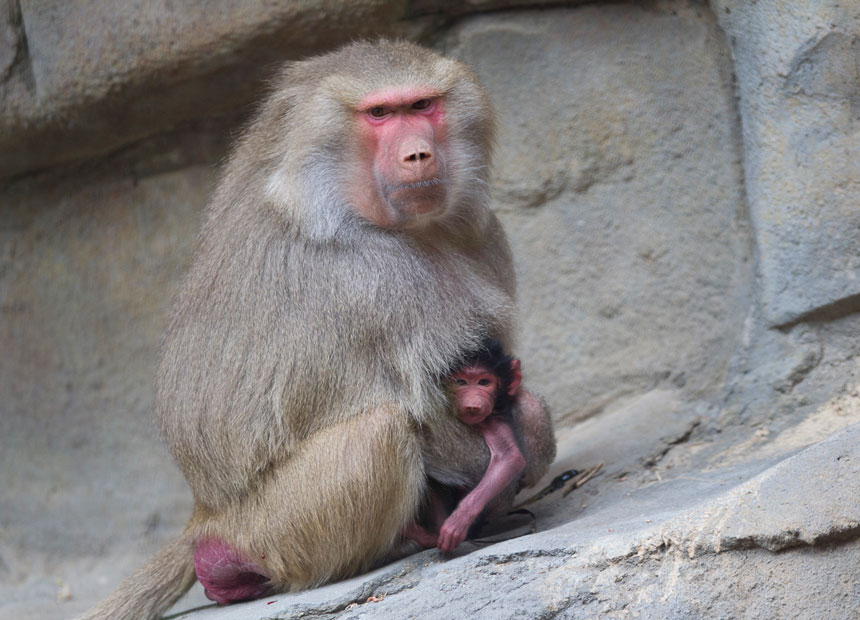 Adelaide Zoo has welcomed a new arrival just in time for Christmas, with the birth of a Hamadryas baboon.

The six-day-old female is the first baboon born at the zoo in more than nine years.

She joins first-time parents Chappi and Horus and grandmother Gina.

“From day one, Chappi has brought her little one out to the main habitat, tucked safely under her arm,” she said.

“Horus is very protective of Chappi and his newborn, hardly leaving their side.”

One of five baboon species, Hamadryas baboons were considered sacred by the ancient Egyptians.