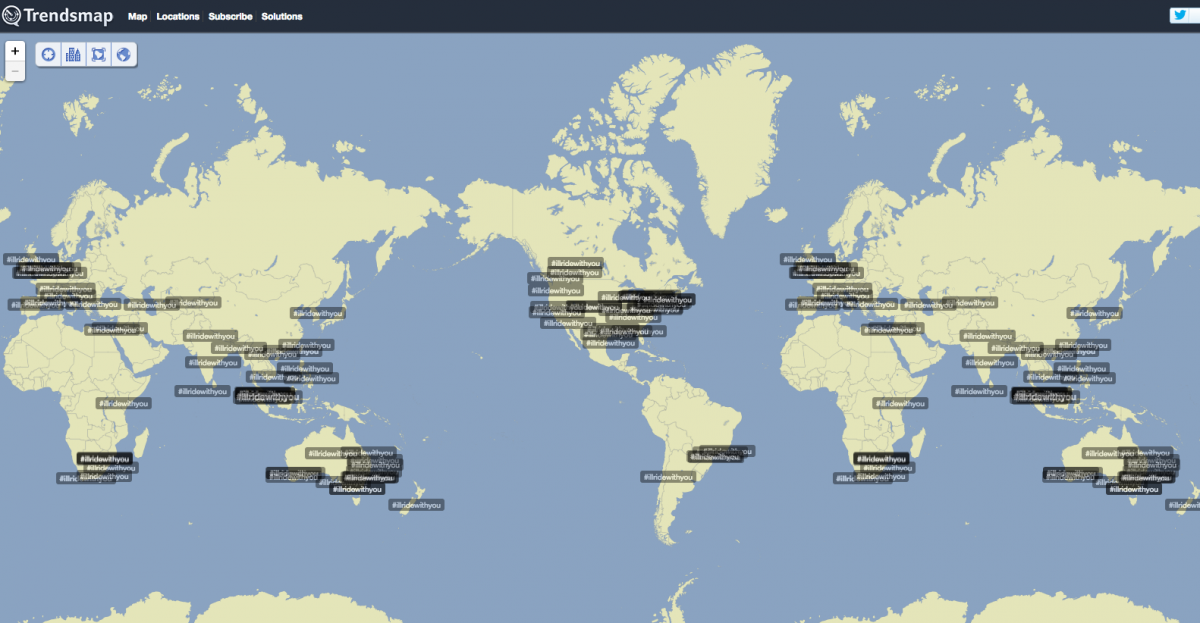 Following the siege in Sydney on Monday and reports that some Muslims are too scared to take public transport for fear of verbal or physical attacks, a local Sydneysider told Twitter that if you “wear religious attire and don’t feel safe alone: I’ll ride with you.”

• Latest updates on Sydney siege
• Sydney in lockdown: what we know so far
• Security committee meets over Martin Place siege

Soon after, the hashtag #illridewithyou took off, with other Sydney locals showing their support.

Within hours the hashtag was trending around Australia and the world as other countries woke to the news of the siege in Sydney.

There were over 40,000 tweets in two hours using the hashtag #illridewithyou across the globe, with tweeters from other countries showing solidarity with Muslim commuters.

In the past 2 hours there have been more than 40,000 mentions of #illridewithyou http://t.co/1nLr4EqqBn #sydneysiege pic.twitter.com/X9Sb2fbGAy

The #illridewithyou hashtag makes me so proud to be Australian. Thanks for the support everyone. 😉 — Mifrah Mahroof (@MifrahMahroof) December 15, 2014

Im not an aussie but i seriously have so much #Respect4Aussies today for trending #illridewithyou This is real Islam pic.twitter.com/YvVHPLA53u

Father Bob commented that hashtags like #illridewithyou and the massive outpouring of support and understanding for Muslims “may well be our finest communitarian hour”.

I’ve met many people around the globe in my travels. Many great people. One rotten egg doesnt spoil it. #illridewithyou — Steve Waugh (@RealSWaugh) December 15, 2014

Celebrities and other famous personalities came out to show their support for the Muslim community, including actor Eddie Perfect tweeting his invitation to ride with someone on trams in Melbourne tomorrow.

My family and I are heading in and out of the city by tram in melbs tomorrow. We’ll stand by anybody #illridewithyou — Eddie Perfect (@Eddieperfect) December 15, 2014

The messages all had the same hidden meaning: that terrorists will never win.

#illridewithyou it doesn’t matter what nationality, faith or colour you are, we are all one. Terrorists will never win or defeat us!

#illridewithyou takes off after Sydney siege