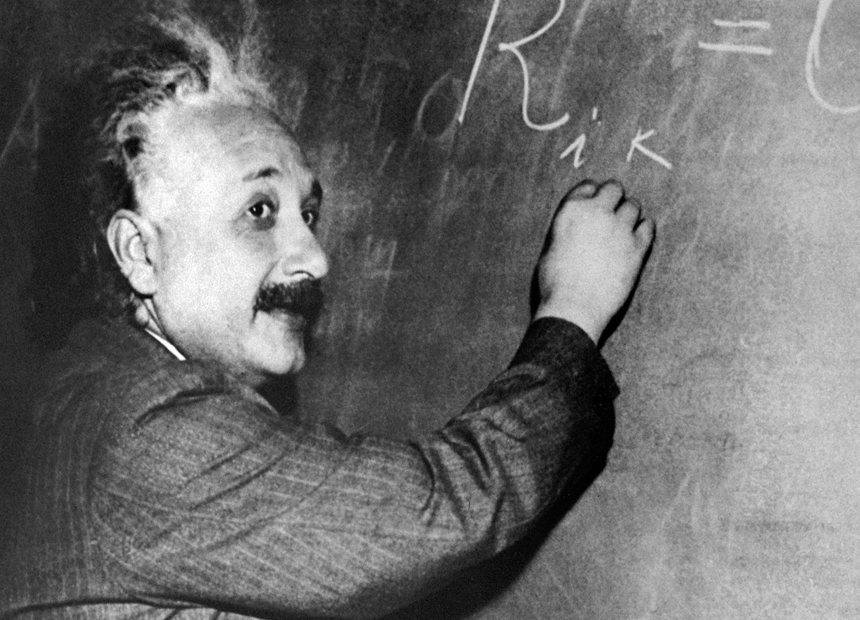 The real Albert Einstein ponders his calculations at the chalkboard.

Even though he lived in the pre-internet age before Twitter and YouTube, famous physicist Albert Einstein certainly knew how to give good advice about haters.

In a series of letters published by Princeton University last week, an “outraged” Einstein told fellow physicist and Nobel Prize winner Marie Curie to ignore the rumours about her personal life.

• Quiet achievers: The rise of the introverts
• Colonists have 68 days to survive on Mars

In 1911, Curie was denied a position at the French Academy of Sciences because she was allegedly Jewish and having an affair with a married man.

French newspaper Excelsior said Curie was underserving of the position because she was Jewish, not French, and used ‘scientific’ analysis of her handwriting to prove it.

“If the rabble continues to occupy itself with you, then simply don’t read that hogwash, but rather leave it to the reptile for whom it was fabricated,” Einstein wrote.

“I am so enraged by the base manner in which the public is presently daring to concern itself with you that I absolutely must give vent to this feeling”.

“I have come to admire your intellect, your drive, and your honesty, and I consider myself lucky to have made your personal acquaintance in Brussels.”

In true Einstein fashion, the letter ends with a revelation about the statistical law of motion.

If you ever find yourself the subject of rumours, or on the receiving end of some anonymous internet hate, just remember the words of Einstein and simply “don’t read that hogwash”.